Jeffrey Tenthoff has won a second jury verdict for the defense in as many weeks. In a case of contested liability in a Philadelphia County jury trial in front of Judge Tsai, Plaintiff alleged spinal injuries stemming from an intersectional collision that resulted in significant property damage to both vehicles. Plaintiff’s injuries required several cervical injections and radiofrequency ablations procedures, as well as the need for cervical and shoulder surgeries. Total medical bills exceeded $215,000.  Both parties claimed the other had run the stop sign despite neither party seeing the other vehicle until immediately before impact. Plaintiff’s attorney argued that the location of the impact within the intersection, grievous personal injury to Plaintiff, and the damage to his client’s rear passenger door demonstrated that Plaintiff had control of the intersection at the point of impact.  Jeff, however, was able to successfully refocus the jurors away from damages and towards fault for the accident. Jeff ultimately convinced the jury to find in favor of his client by utilizing photographs to prove the momentum and force of the impact were in Plaintiff’s direction of travel, indicating that Plaintiff was the party speeding through the intersection and not Jeff’s client.  The jury returned a defense verdict on the issue of liability after approximately 90 minutes of deliberation. 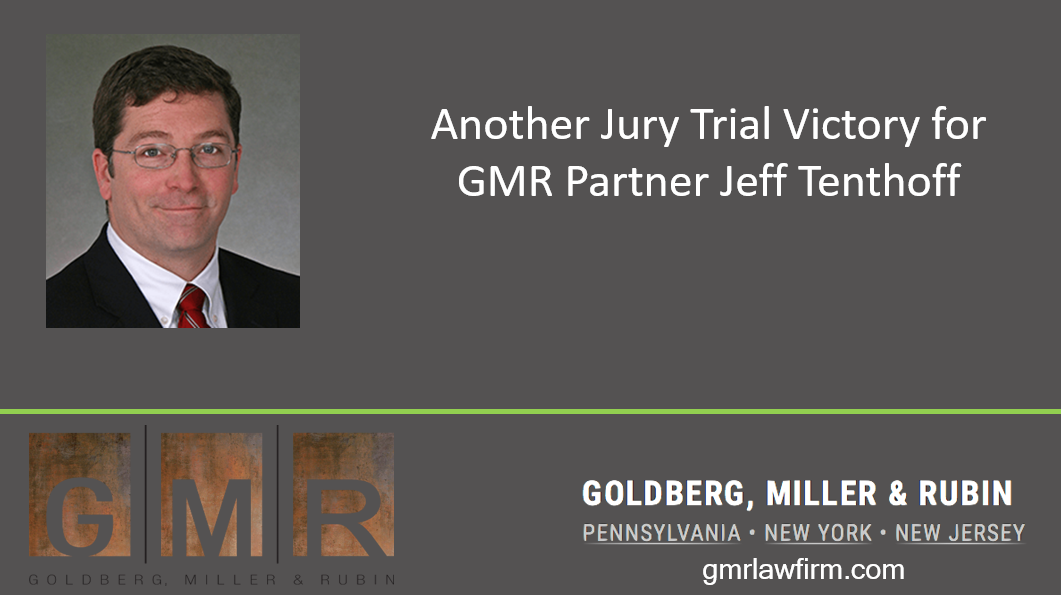