In one of Southeastern Pennsylvania’s first COVID-19 era trials, Eamon Merrigan successfully defended his client in front of a socially-distanced, masked jury.  Eamon’s 21-year-old client attended an 8th grade class pool party when he was just 14-years-old.  While at the party, he shot the then 13-year-old Plaintiff directly in her ear canal from a close distance with a pump-action water gun.  Plaintiff’s pediatric otolaryngologist testified that the stream of water punctured Plaintiff’s eardrum, causing an 85% hearing loss in the ear, which two surgeries could not reverse.  Plaintiff’s psychologist testified that Plaintiff’s hearing loss and need to wear a hearing aid have left her feeling constantly anxious and isolated and diagnosed her with a clinical adjustment disorder.  Eamon argued that his client was merely using a toy that could be purchased in virtually any retail establishment for its intended purpose and that no one, especially a 14-year-old, could have foreseen the potential damage that the water gun’s stream apparently caused.  The jury agreed. 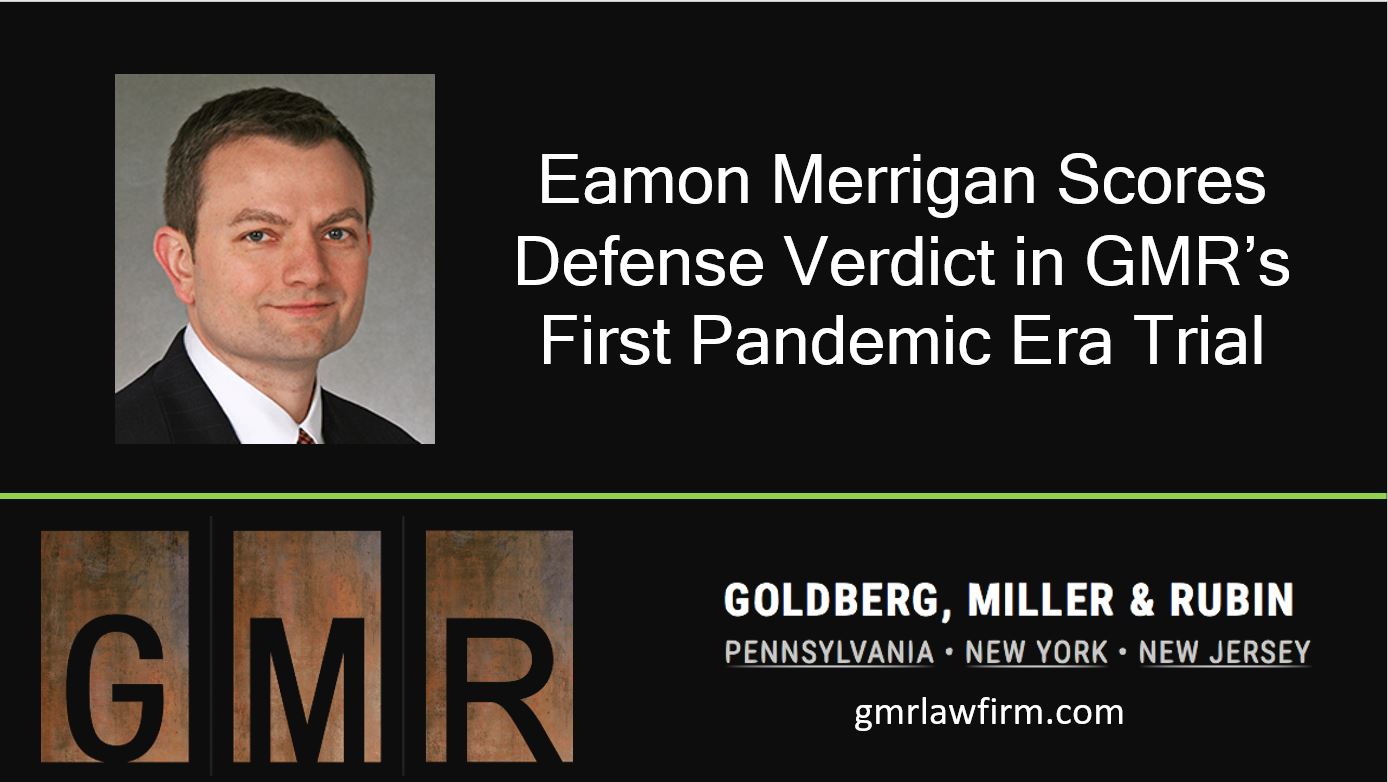