GMR Partner Harlan Schreiber and Associate Ann Henriksen vacated an award against their client. In Hereford Insurance Company v. Corona Medical, Index No.: 13288/21 (Civ. N.Y. Co.), an insurer sought to vacate an arbitration award in favor of a No-Fault medical provider. The arbitrator had found that the insurer, who did not issue a policy covering the loss, was still obligated to process the claim.  The insurer filed an Article 75 petition to vacate the award, arguing that the arbitrator exceeded his power in finding it had an obligation to provide coverage where no policy existed in the first instance. The trial court agreed and vacated the award in its entirety and directed the medical provider to pursue its claim against the correct insurer. 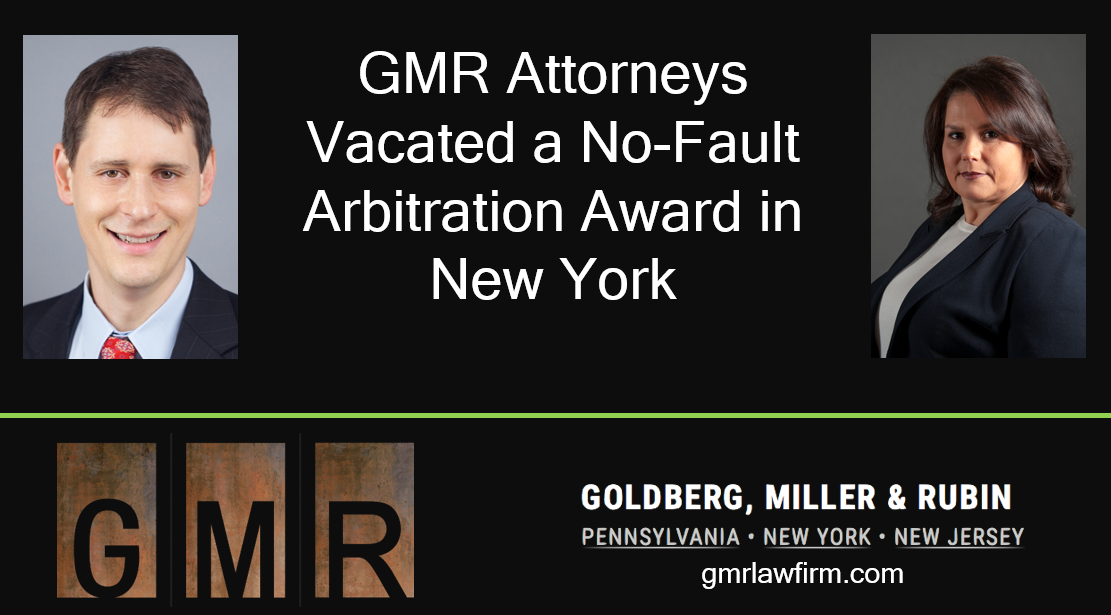