Robert Stein and Christopher Scott have won dismissal of all claims against their client in a fall from scaffolding case, resulting in catastrophic injuries to Plaintiff, rendering him a paraplegic. Plaintiff, an employee of a subcontractor, fell from scaffolding resulting in a severed thoracic spine. GMR’s client had won the development rights to a City of East Orange, New Jersey Redevelopment project. Rob and Chris argued their client was a developer/landowner, and not acting as a general contractor; therefore, his client did not owe a duty to protect the employee of an independent contractor injured from the very hazard created by doing the work for which the contractor was hired. While New Jersey caselaw has held a landowner has a non-delegable duty to protect against known or reasonably discoverable dangers, Rob and Chris invoked the exception that a party may assume independent contractors and their employees are sufficiently skilled to recognize the danger. In the matter before the Court, the record was clear that Plaintiff assisted his employer in setting up the scaffolding in a relatively short period of time to complete “punch list” items, and GMR’s client was not on site. Rob and Chris further argued that even if the client was deemed a general contractor, the record was void of any evidence it controlled the manner and means by which the contractor performed its duties, nor did the client have reasonable opportunity to exercise care or take further precaution. Plaintiff essentially raised two arguments in opposition. Defendant acted and held itself out as a general contractor who should have overseen the work and noticed the dangerous condition of the scaffolding or, in the alternative, Defendant hired an incompetent subcontractor, thus obviating the exception.  The Court agreed with Rob and Chris under either analysis and dismissed all claims. 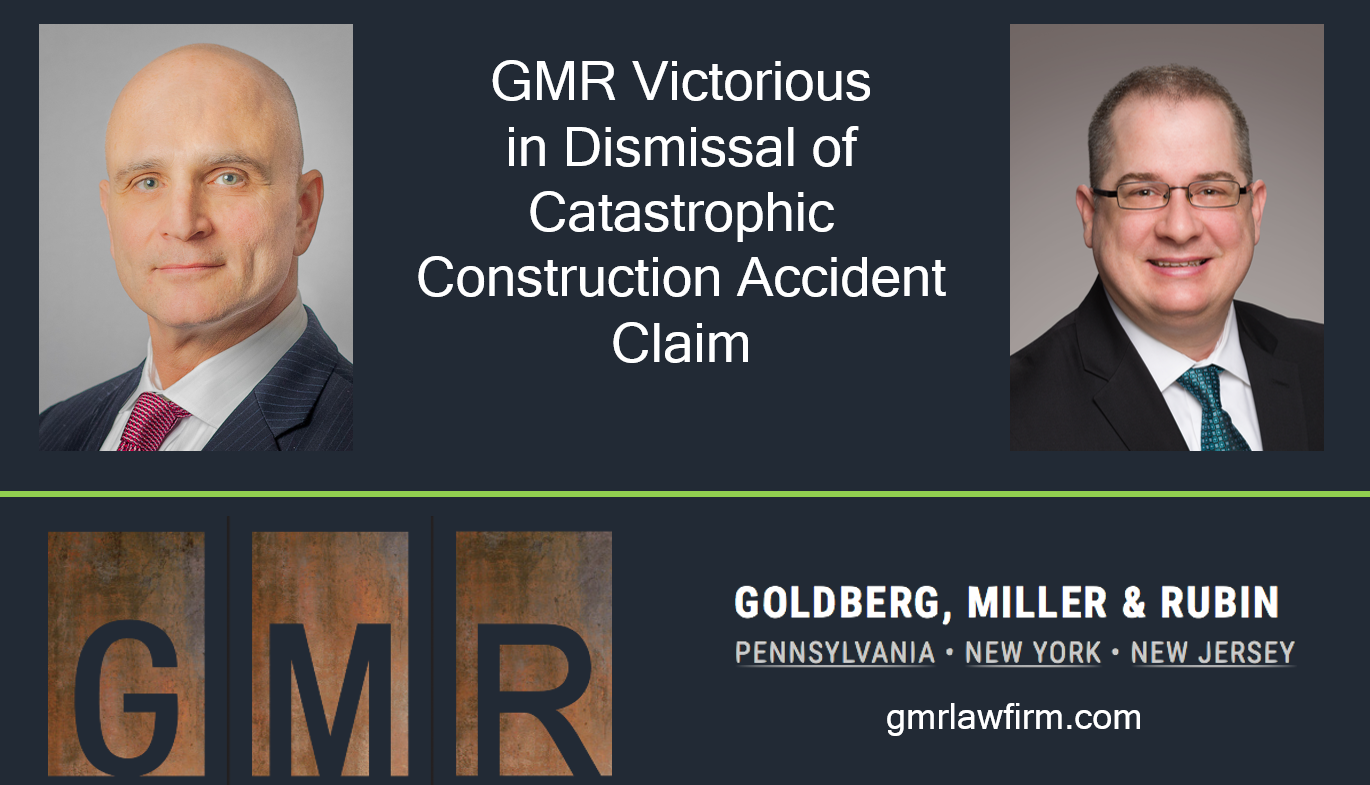