GMR Partner Joe Petka obtained a factual cause defense verdict in a Philadelphia trial where the plaintiff’s neurosurgeon testified that she had fractured her C5 vertebrae in the car accident.

The case involved a 45-year-old mother of two who was rear-ended by Joe’s client. Following the accident, the plaintiff presented to an urgent care facility with complaints of neck pain. She then followed up with her family doctor, who referred her to an orthopedist. The plaintiff had multiple courses of physical therapy and began receiving pain management injections in her cervical spine, including multiple epidural steroid injections and cervical facet joint injections. Although she had some prior complaints of neck pain five years earlier, the plaintiff never received pain management injections before the accident. The plaintiff was still treating at the time of the trial. Plaintiff’s counsel called a well-known neurosurgeon as their expert, who testified that the plaintiff had a compression fracture at the C-5 vertebrae from the accident. He also opined that the plaintiff needed $35,000 in future medical treatment.

For the defense, Mr. Petka argued that the $1,600 in property damage to the plaintiff’s vehicle suggested a minor impact. Additionally, the plaintiff only missed a week of work, which indicated that her injuries were minor. Finally, Mr. Petka impeached the plaintiff’s expert with evidence that the reading radiologist did not find a fracture and instead classified the finding as a “chronic deformity.”

Ultimately, the 12 person Philadelphia jury agreed with Joe and found that the plaintiff failed to prove that she was injured (factual cause) in the accident. Accordingly, the court entered a defense verdict in favor of Joe’s clients after two days of deliberation. 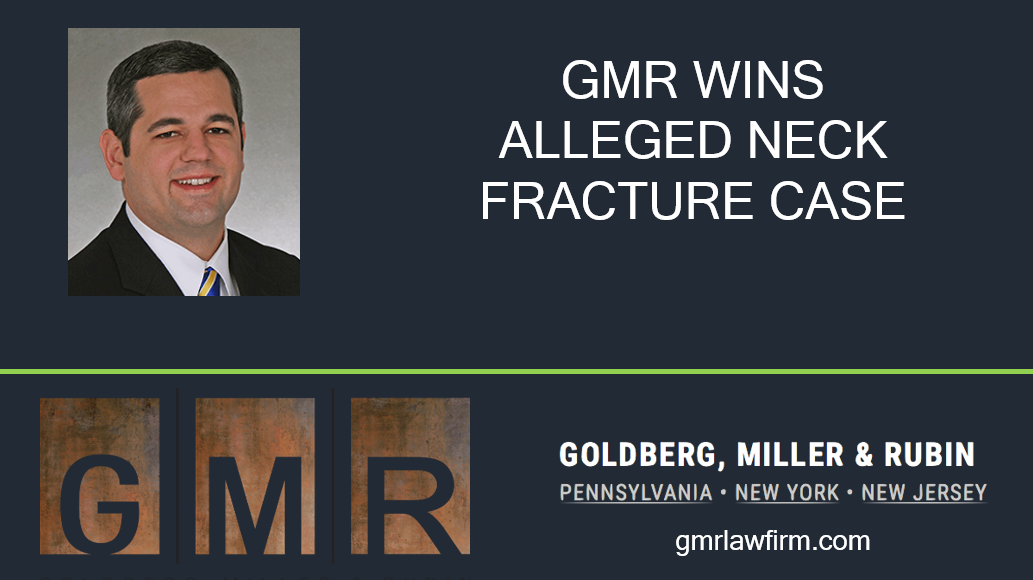