Partner, Jillian Vukson, won another defense verdict in a Philadelphia County action stemming from a June 2017 rear-end accident. Jillian’s client was traveling behind a school bus that was in the process of making a right turn when Jillian’s client rear-ended the bus, totaling his vehicle.  The plaintiffs were two minor aged passengers on the bus who claimed they were jostled with one child striking his knee on the metal bar of the seat in front of him, and the other striking his head before being knocked to the floor of the bus.

At trial, plaintiffs alleged injuries to their necks, backs, and knees. The plaintiff’s expert diagnosed plaintiffs with soft-tissue injuries to the neck, back, right shoulder, and left knee related to the accident. Jillian strategically decided not to obtain an IME given the nature of the plaintiffs’ injuries and lack of diagnostic studies following the accident.  Accordingly, the defense proceeded to trial without an medical expert witness, and relied solely on a vigorous cross examination of Plaintiffs’ witnesses and evidence.

Jillian successfully defended the case, arguing the minor accident did not cause the plaintiffs’ alleged injuries and there was no objective evidence of injury supporting either plaintiffs’ claims. Jillian argued the medical treatment protocol was driven by plaintiffs’ attorney rather than medical necessity, noting the plaintiffs’ parents had consulted an attorney before seeking additional treatment with the doctor.  She convinced the jury by proving the plaintiffs’ yearly examinations with their family doctor, that occurred contemporaneously with plaintiffs treatment with their doctor for the accident, did not show any limitations or complaints of pain and did not even reference the accident.  As to plaintiffs’ claimed limitations, Jillian highlighted inconsistencies in plaintiffs’ testimony regarding their lack of ability to continue their extracurricular activities.

Following a trial before the Honorable James Crumlish, a jury found the plaintiffs’ claimed injuries so insignificant that they awarded each plaintiff $0 in damages.

The following week, Jillian won a second trial before a Philadelphia jury stemming from another rear-end motor vehicle accident. She obtained a winning verdict, which only amounted to 66% of the pretrial settlement offer. Jillian’s client was proceeding behind the plaintiff’s U-Haul truck in heavy traffic on the Vine Street Expressway when he struck the rear of the plaintiff’s U-Haul truck, causing structural damage to the truck’s bumper, doors, and frame.  At trial, Jillian stipulated to her client’s liability for the accident and defended on damages, only.

As a result of the accident, the plaintiff claimed permanent injuries to his neck and back, with multiple herniations and nerve damage in his cervical spine, confirmed by MRI and EMG. Plaintiff’s orthopedic expert, Dr. Randall Smith, testified that the injuries were permanent due to the chronicity of the plaintiff’s ongoing complaints with failure to improve with conservative treatment. Plaintiff’s expert opined that given the plaintiff’s life expectancy of approximately 35 years, he would need additional future medical treatment, including additional therapy, repeat diagnostic studies, pain management, including injections and surgery.  On behalf of her client, Jillian presented the testimony of orthopedic spinal surgeon Dr. Scott Rushton, who opined that the plaintiff’s records were consistent only for soft-tissue sprains/strains with no evidence of structural damage that could be related to the accident.

Jillian successfully defended the case, attacking the credibility of the plaintiff’s expert, Dr. Smith, and his opinions recommending additional future treatment.  During cross-examination of the plaintiff’s expert, she skillfully highlighted for the jury Dr. Smith’s inconsistent diagnoses and opinions from his sole evaluation performed in April of 2019 to his expert report drafted five (5) months later at the request of the plaintiffs’ attorney.  She further attacked the credibility of Dr. Smith’s recommendations, stressing the plaintiffs’ lack of any medical treatment of any kind since his sole evaluation with Dr. Smith 2 ½ years prior.

Following a four-day trial before the Honorable Stella Tsai, a jury found the plaintiffs only sustained sprains/strains in the accident with Jillian’s client and awarded damages significantly below the last settlement offer before trial. 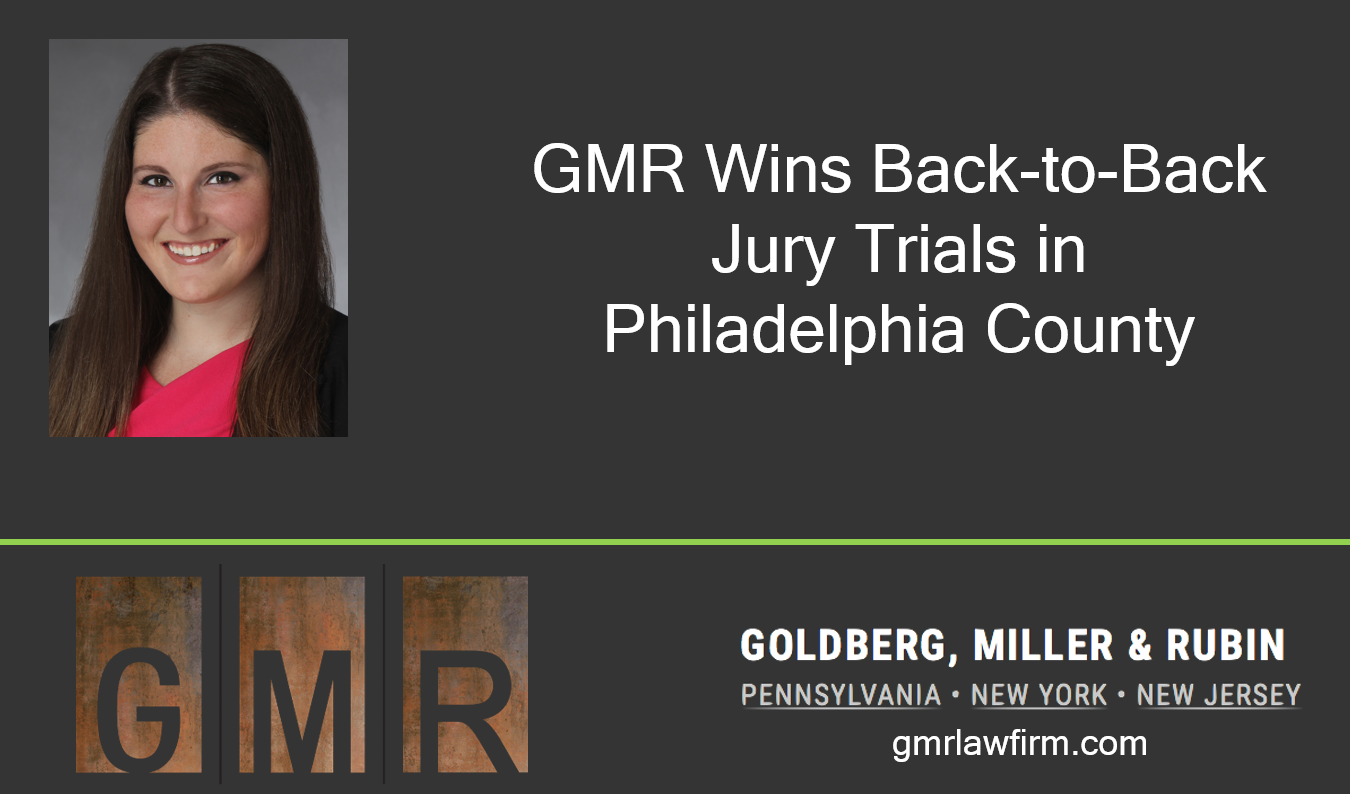