GMR Partner Jeff Tenthoff obtained a defense verdict in a UIM trial in the Eastern District of Pennsylvania. Plaintiff was involved in a rear-end accident and eventually underwent cervical surgery 1 ½ years later that she and her doctor related to the accident. Plaintiff initially filed the suit against the underlying third-party tortfeasor claim in the Pennsylvania Court of Common Pleas of Philadelphia. After the third-party tortfeasor’s counsel had the matter severed from the UIM claim and transferred to Bucks County, Jeff was able to have the case removed to Federal Court under the newly created diversity of citizenship. Although removal to federal court is typically controlled by the Common Law Voluntary/Involuntary Removal Rule, Jeff successfully argued that there is no reason for any common law or case law analysis as the statute regarding removal is clear and unambiguous in its language. The underlying third-party BI claim is still pending in Bucks County.

Nonetheless, as the cases are distinct, the UIM claim proceeded through trial in federal court. At trial, Jeff stipulated to the happening of the accident. Accordingly, Plaintiff was the only fact witness to testify at trial. Plaintiff’s counsel had Dr. Nirav Shah, Plaintiff’s treating neurosurgeon, as their expert, while Jeff used neurologist Dr. Lee Harris as his expert. Jeff successfully argued that the minor nature of the impact coupled with Plaintiff’s lack of contemporaneous complaints or any treatment besides a couple of PCP visits initially following the accident demonstrated that she was not injured in the accident.

Ultimately, after approximately two and a half hours of deliberation, the jury returned a verdict in favor of Jeff’s insurance company client. Specifically, the jury found that Plaintiff failed her burden of proving any injury being factually caused by the accident at issue. 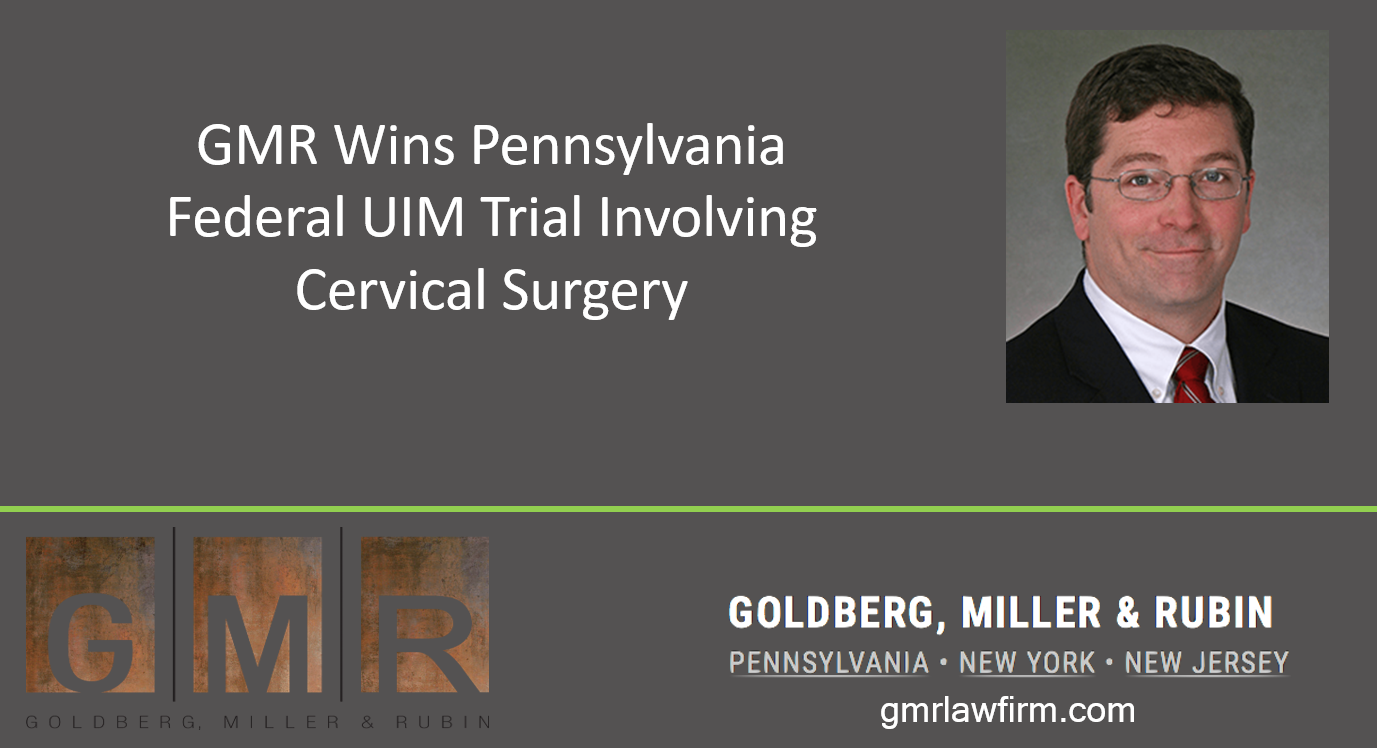