GMR Partner Warren Holland won a Philadelphia jury trial in which his client’s car struck a pedestrian. Plaintiff was crossing the street to catch a bus when she was struck by the Defendant’s motor vehicle and thrown to the ground.  Plaintiff suffered various abrasions and was transported to the emergency room from the scene via EMS.  She later developed back pain and completed a long course of treatment.  Plaintiff’s expert opined that Plaintiff suffered a serious and permanent back injury that would require surgery.

Defendant contested liability and testified that Plaintiff stepped from behind two parked cars and walked directly into traffic.  Although Plaintiff argued she was crossing at an “unmarked crosswalk” where pedestrians often cross, she admitted that motorists, including Defendant, had the right of way.  The jury ultimately found that the Defendant was not negligent. 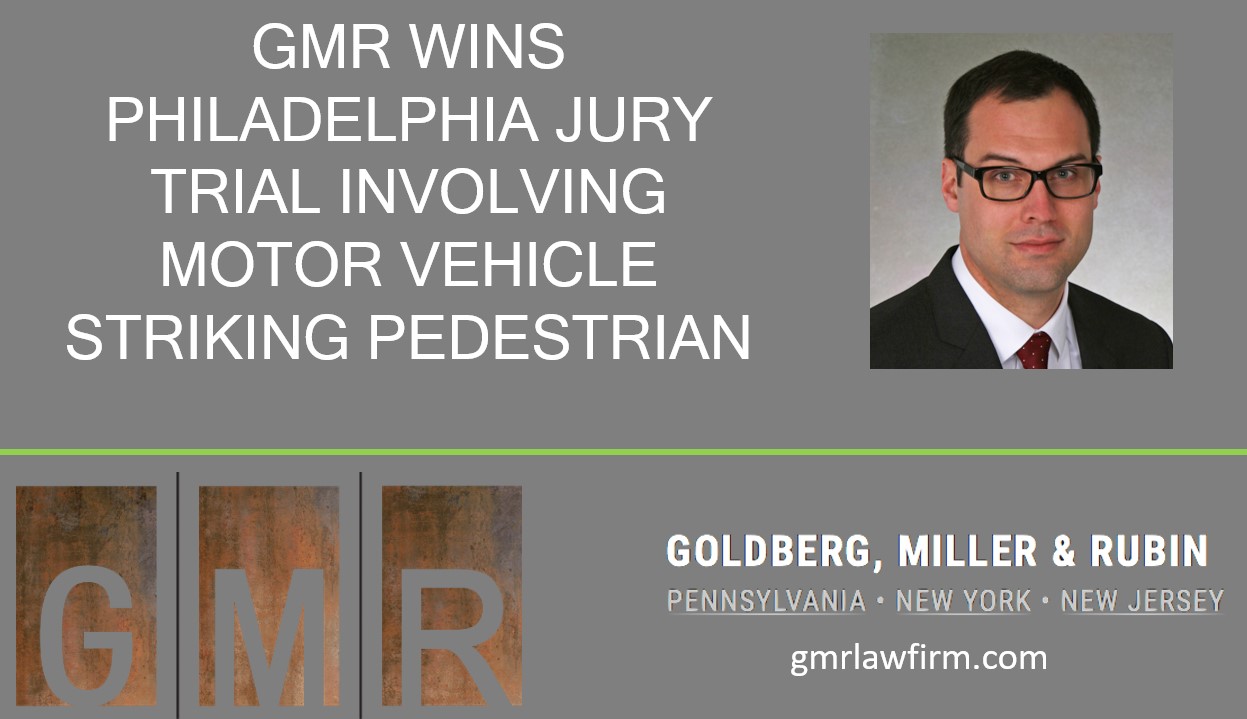