GMR Partner Joseph Petka recently obtained a defense verdict for a Philadelphia Hospital. The case involved a 72-year-old widow who tripped and fell on a crack on Joe’s client’s property. The plaintiff was removed from the scene by paramedics and admitted to the hospital for a fractured left hip.  The plaintiff underwent an open reduction and internal fixation surgery the following day. She then remained hospitalized for five (5) days before being transferred to an inpatient rehabilitation facility. Plaintiff’s expert testified that because of the surgery, the plaintiff’s left leg was permanently shorter than the right, which caused a gait imbalance. As a result, the plaintiff had to use a walker to ambulate. Plaintiff testified at trial that she had been using a walker since the fall. Plaintiff’s expert further testified that she would need a hip replacement in the future because of post-traumatic arthritis.

Regarding liability, the plaintiff’s counsel showed that the crack was identified during an inspection a month before the fall but never repaired. Thus, he argued that it was dangerous to allow a crack to remain at the hospital’s main entrance, given that sick and elderly patients frequently used that entrance. The plaintiff was also given an adverse inference for the hospital’s failure to preserve the video of the fall.

For defense, Joe argued that crack was not a defect under Pennsylvania law. Specifically, for liability to attach under the law, the crack had to have constituted an “unreasonable risk of harm.” Joe showed the jury numerous photographs of the crack, and had several witnesses testify that the crack was very small. Accordingly, he argued that the crack was trivial and not dangerous.

After two (2) days of deliberation, the Philadelphia Jury of 5 men and seven women agreed with Joe and entered a defense verdict for the hospital. 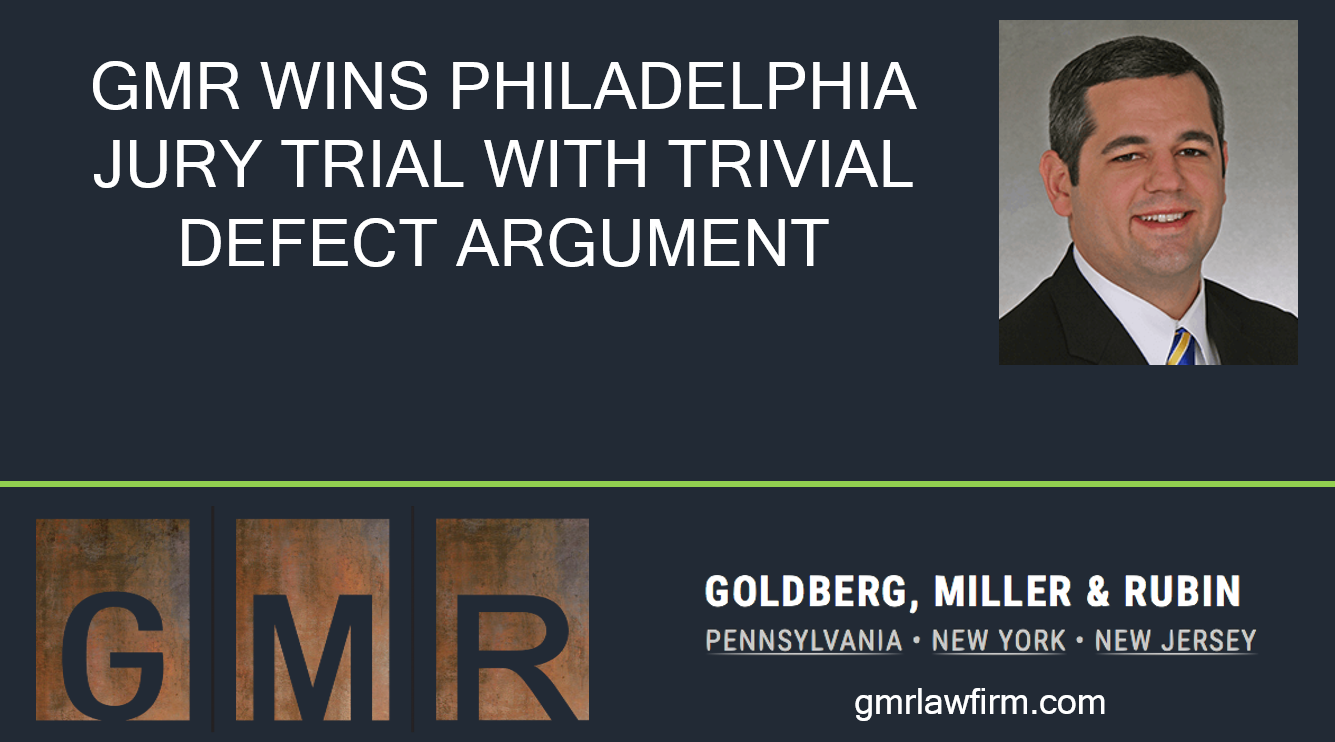