GMR Partner Jeffrey Tenthoff successfully argued that a rear-end accident did not cause any serious injury to Plaintiff.  Additionally, Jeff convinced the jury that Plaintiff’s excess medical bills were for treatment unrelated to the accident.  In particular, Plaintiff was exiting a shopping center intending to merge onto Lancaster Avenue in Chester County when he stopped for oncoming traffic and was rear-ended by Jeff’s client.  The defendant claimed to have just taken his foot off the brake and not even applied the gas after Plaintiff began moving forward. He was looking over his shoulder toward his left for oncoming traffic when he bumped into the rear of Plaintiff’s vehicle.

Plaintiff treated for approximately seven months with the chiropractor before undergoing two sets of medial branch block injections.  Plaintiff asserted a health insurance lien of around $4,500 related to the medial branch block injections.  Plaintiff’s expert also opined that he would require ongoing treatment with annual medical costs of $20,000 – $25,000 and potential spinal surgery estimated at $150,000 – $160,000.

Jeff argued that the accident was minor and that Plaintiff’s alleged injuries were unrelated to the accident. He introduced photographs revealing minor to moderate rear-end damage consisting of a dented hatchback and bumper with no reported damage to the defendant’s vehicle.  He also argued that treatment was motivated by recovering damages in a lawsuit; Plaintiff never sought emergency room treatment and first presented to a chiropractor two weeks following the accident.

The Chester County jury returned a defense verdict on the issue of whether Plaintiff suffered a serious injury.  The jury also answered a special verdict interrogatory regarding whether they found the medial branch block injections, and therefore the healthcare lien, to be causally related to the accident in the negative.  Accordingly, the jury returned a verdict in favor of the defendant. 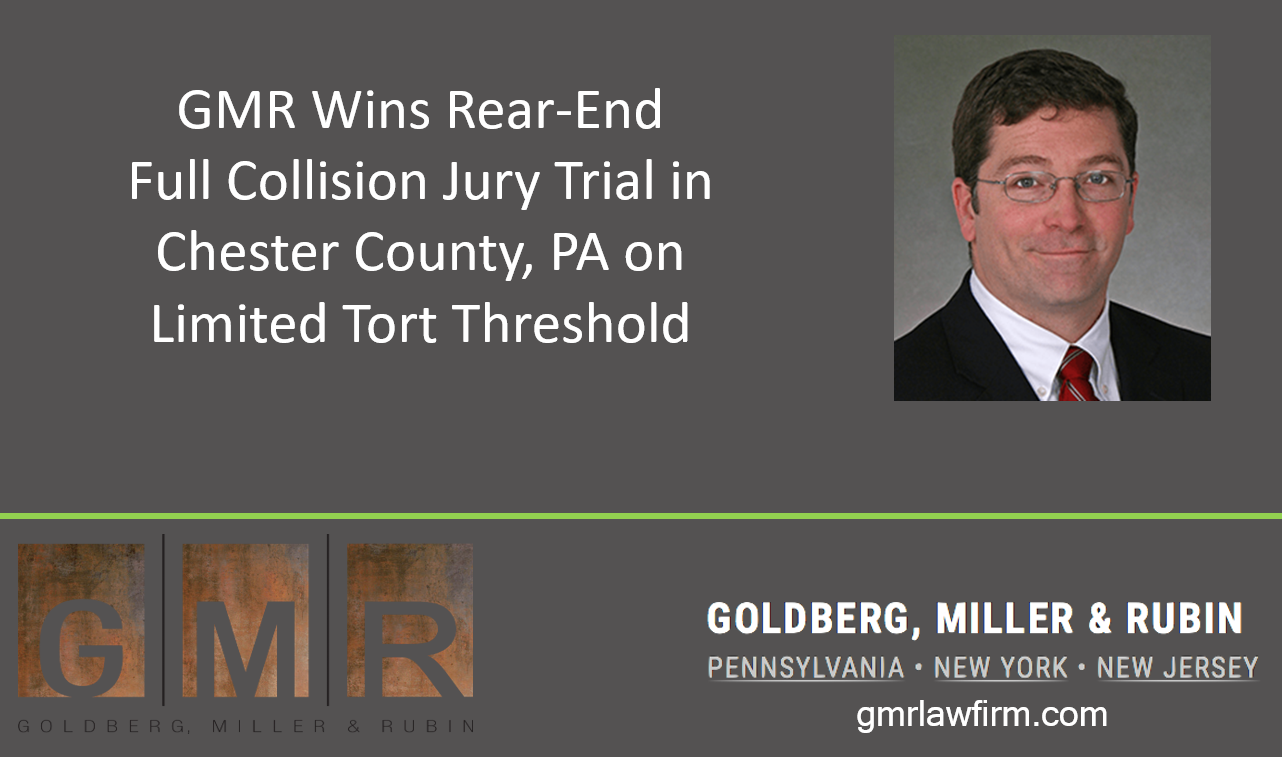