GMR Attorney Tyson Mott won Summary Judgment in Passaic County, New Jersey, Coverage Dispute Case. The plaintiff in the matter was struck by a hit and run vehicle and seeking uninsured motorist benefits as a resident relative under his uncle’s insurance policy. The uncle owned a residential property that he had converted to two rental apartments. The uncle had four vehicles registered at the rental property, and the insurance policy listed the rental property as the policy address. Plaintiff rented one of the apartments with his immediate family. However, the uncle did not live at the property and principally garaged the vehicle in New York City, where he worked and rented his own apartment.

Ultimately, the Court agreed that the policy terms were clear, that the carrier had not waived the coverage defense, and entered summary judgment dismissing Tyson’s client with prejudice. 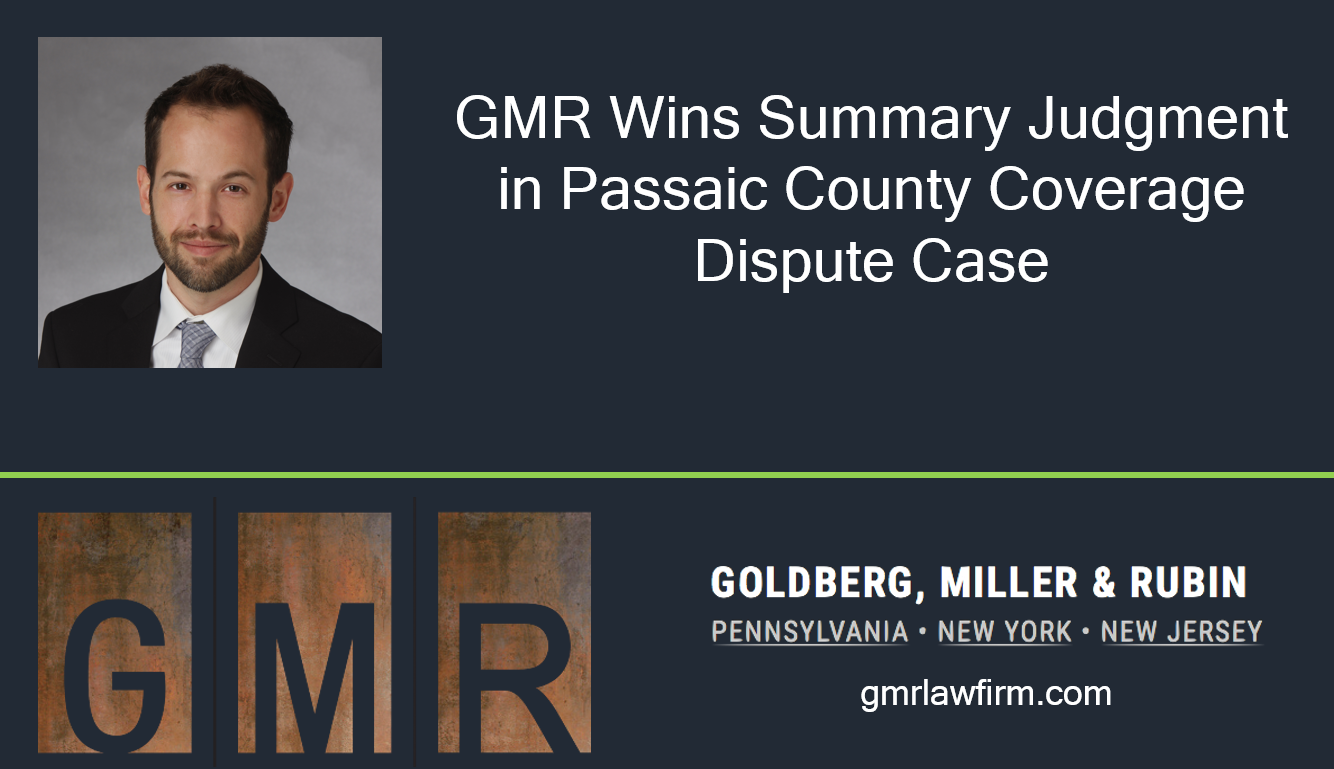