Jeffrey Tenthoff won two defense verdicts in one week. Both cases involved rear-end accidents where Jeff’s clients had stipulated to negligence and focused solely on plaintiff’s burden of proof regarding their injuries.

In the first trial, the full-tort plaintiff was removed from the scene via EMS to an emergency room and then underwent approximately ten months of chiropractic treatment receiving at least three series of trigger point injections while treating with Allied Medical Associates.  Jeff eviscerated the plaintiff’s medical expert on cross-examination such that the Chester County jury found that plaintiff did not suffer any injury in the minor rear-end accident at issue.

Similarly, in the second trial, Jeff’s client stipulated to negligence for causing the rear-end accident. The limited-tort plaintiff had to prove a serious impairment of body function to recover damages. Although the plaintiff did not treat at an emergency room, he underwent over a years’ worth of chiropractic treatment. Plaintiff’s counsel sent him to an MRI facility where he underwent a cervical MRI revealing five cervical herniations. Despite the plaintiff having no relevant prior medical history, Jeff argued that the plaintiff was not injured in the accident or to the extent that he was, he did not suffer a serious injury to allow for damages. After less than 15 minutes of deliberating, the Montgomery County jury returned a verdict in favor of Jeff’s client. 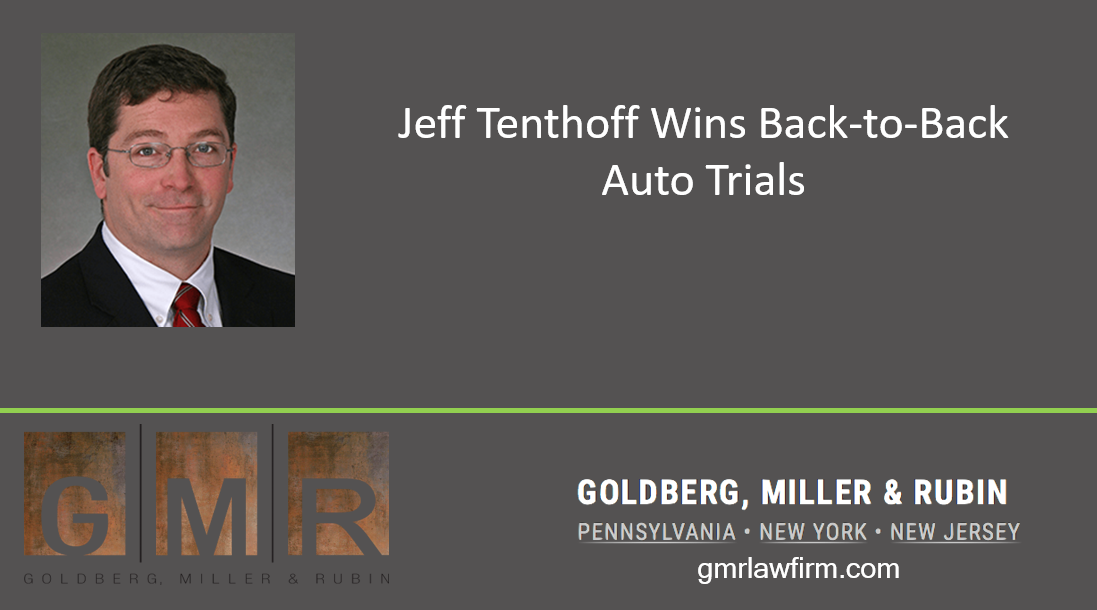