Nonetheless, at trial Mr. Tenthoff: pointed out the holes in Plaintiff’s fact witness’ testimony as well as a glaring inconsistency as to whether the Plaintiff was working as a pizza delivery man at the time of the accident;  highlighted the several inconsistencies between the Plaintiff’s testimony and that of his own medical experts and treatment records; and effectively cross-examined the Plaintiff with his prior testimony to such an extent that the jury either believed his client despite the countervailing evidence or didn’t know who to believe or how the accident occurred.  Either way, they were unanimous that the Plaintiff failed to meet his burden of proof and returned a defense verdict as to liability. 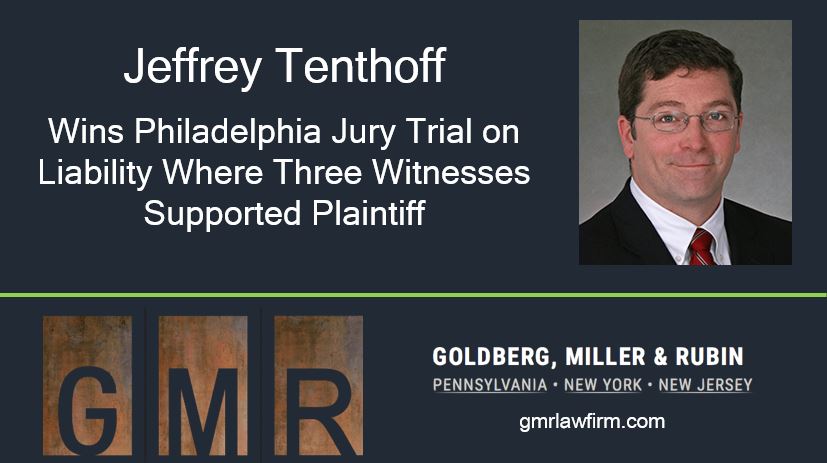