Jillian Vukson won a Montgomery county major jury trial centering around a January 2014 motor vehicle accident in a case of disputed liability. During the accident in question, Jillian’s client was plowing the parking lot of a residential townhome complex during a snow event. The plaintiff alleged that he had backed completely out of a parking space in the lot and was driving forward to exit the lot when the defendant backed into his vehicle while traveling in reverse in the parking lot. The plaintiff’s daughter, who was also a passenger in the vehicle at the time of the accident, testified at trial and supported her father’s version of the accident. The defendant, however, maintained that he was already established in the parking lot travel lane when the plaintiff proceeded to back out of the parking space, backing directly into his plow truck. Jillian successfully argued that the physical damage to the vehicles, as seen in photographs, supported only her client’s version of the accident.

As a result of the accident, the plaintiff alleged injuries to his neck, back and abdomen, including nerve damage to his arms and legs, as well as post-concussion syndrome. Plaintiff’s expert opined that plaintiff’s injuries were permanent and that he continues to suffer from post-concussion symptoms, including memory loss, balance problems and dizziness. Plaintiff had not worked since 2014, and the plaintiff’s expert testified that the plaintiff was unable to return to work in his given profession. The plaintiff presented a claim for past lost wages of approximately $243,000 and a future wage loss claim of approximately $300,000. 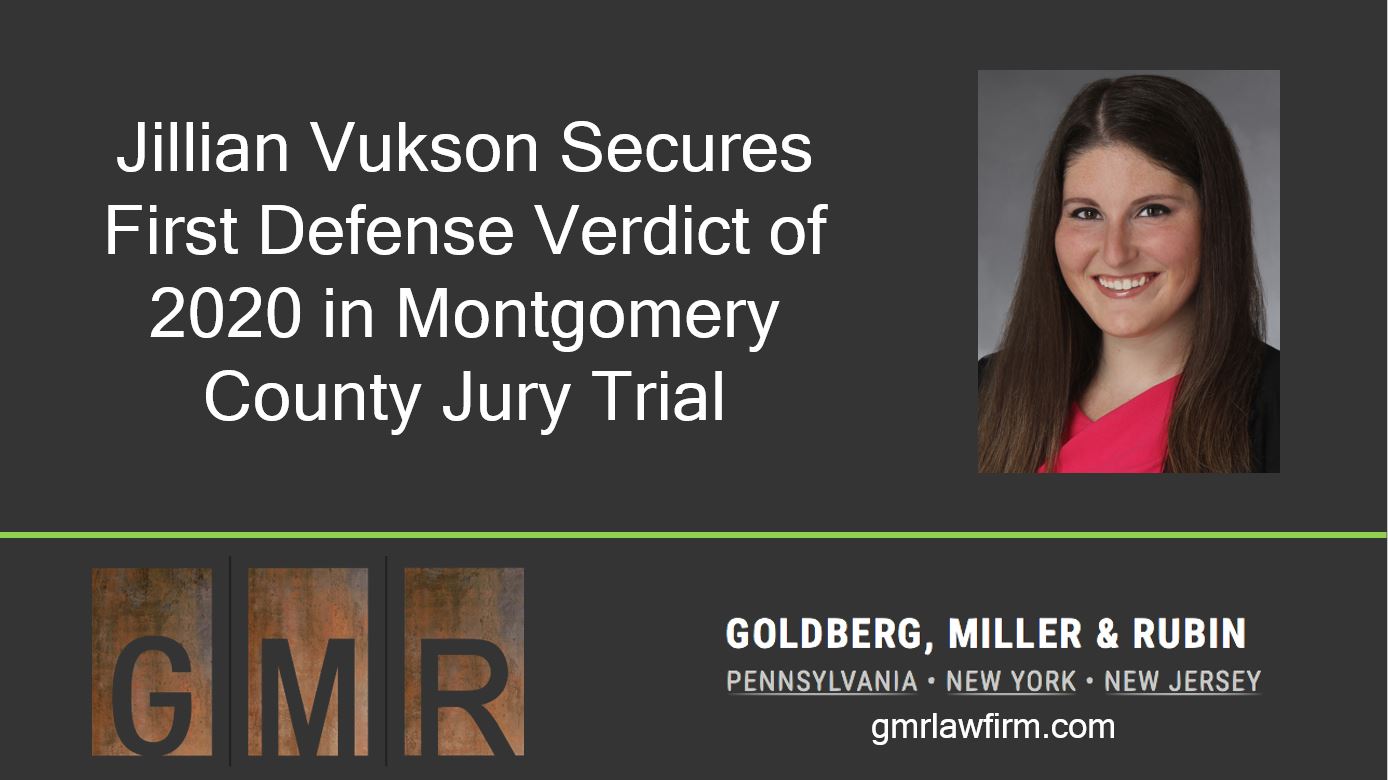