Joe Petka secured a defense verdict for a local health system. A 60-year-old female sued the health system after tripping and falling at the entrance of one of their Philadelphia hospitals. The plaintiff tripped on the hospital’s detectable warning strip. The plaintiff’s expert opined that the strip was dangerous because it was not flush with the pavement. He further opined that the half an inch difference in elevation violated numerous codes. For the defense, Joe argued that a half an inch difference was too small to be a defect, and thus the health system was not liable. He further argued that since the strip was bright yellow, the plaintiff was negligent for not realizing that she was walking onto it.

The plaintiff alleged multiple rotator cuff tears from the fall. Shortly after the fall, she had arthroscopic shoulder surgery and a total shoulder replacement two years later. She continues to treat for shoulder pain, and her orthopedic expert testified that she might need future surgeries. She presented a health insurance lien of $35,000 for the surgeries.

Ultimately, Joe’s liability arguments won out over a sympathetic plaintiff, and the hospital was not liable. 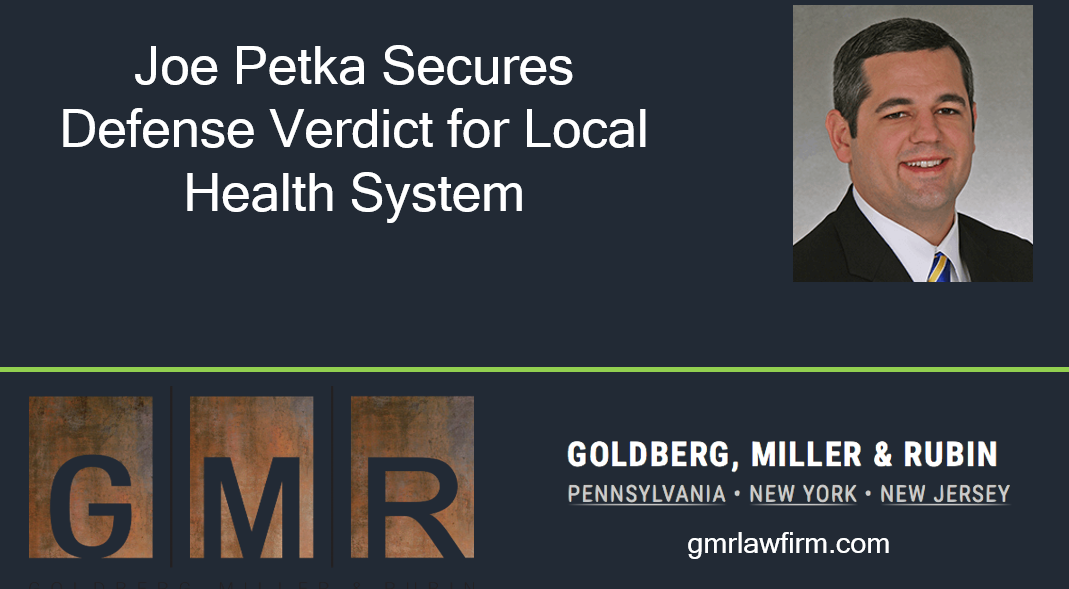