In the first case, a plaintiff alleged he suffered a meniscus tear in his knee due to a motor vehicle accident.  Following the accident, the plaintiff treated for six (6) months and underwent an MRI of his left knee, which revealed a meniscus tear.   He was later examined by an orthopedic surgeon, who recommended and performed surgery on plaintiff’s knee. On cross examination, the plaintiff was impeached with medical records indicating that he has complained of knee pain from a prior motor vehicle accident, which greatly impacted his credibility with the jury.  The jury deliberated for about one hour before rendering a defense verdict.

In the second motor vehicle trial liability was disputed.  During the liability phase of the trial the jury determined that both the plaintiff and defendant were 50% negligent for causing the accident, which meant that any monetary award in the damages phase must be reduced by 50%.

In the damages phase of the trial, claimed that she suffered a serious injury to her left shoulder, along with neck and back injuries. After the accident, she treated for nine (9) months.  She underwent MRIs, an EMG, and was evaluated by an orthopedic surgeon, who recommended that she undergo surgery on her left shoulder, which was agreed to.  The plaintiff claimed she missed almost a year from work due to her injures. At trial, the plaintiff testified that she still suffered from left shoulder pain and a restriction in limitation of her shoulder, which prevented her from enjoying life and engaging in her normal daily activities.  She also denied any prior left shoulder issues before the accident. On cross examination, the plaintiff was impeached with medical records indicating that she has complained of left shoulder pain, off and on, for several years before the accident, which greatly impacted her credibility with the jury.  She also failed to produce any documentation to corroborate loss of income due to her alleged injuries.  Plaintiff’s counsel called the orthopedic surgeon as an expert witness, who testified that the plaintiff sustained left shoulder rotator cuff tear and a partial thickness labral tear. He also opined that her injuries were permanent.  On cross-examination, the medical records documenting prior left shoulder pain were reviewed with the expert, who admitted that his opinions were based on the inaccurate history provided by the plaintiff. The jury deliberated for approximately one hour and found that the plaintiff did not sustain any injury due to the accident at issue, and therefore, a defense verdict was entered. 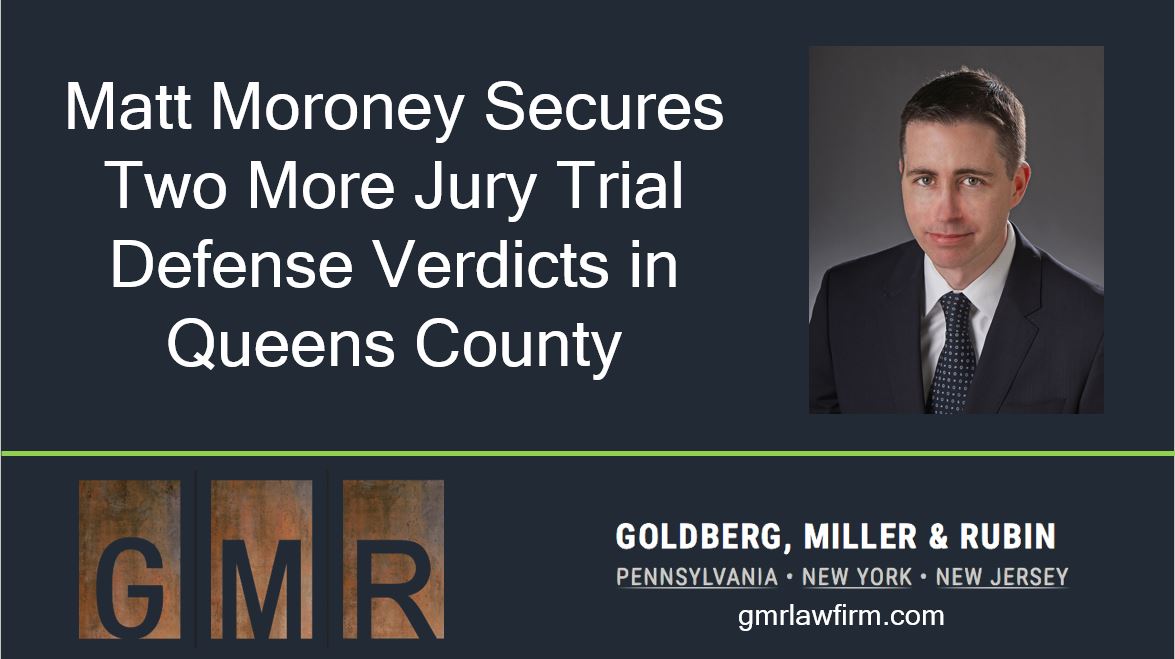