Robert Stein prevailed on a motion for summary judgment dismissing his client with prejudice in a Bergen County auto negligence action. The action stemmed from a November 2019 motor vehicle accident in which Mr. Stein’s client was injured. She brought suit against the defendant for her injuries and the defendant brought a counter claim against her. Mr. Stein took over her defense as she was accused of being comparatively negligent. 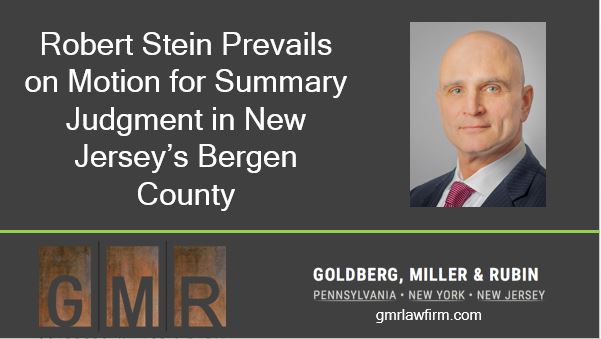