Plaintiff produced Attorney Samuel Stretton, as his expert on Probable Cause and Use of Force.  Stretton testified Plaintiff was a “Good Samaritan” and the Security Officers had no legal right or authority to detain him, especially because Plaintiff had a Concealed Carry License for his Glock.  Plaintiff utilized the Hospital Security Camera video of the event. Plaintiff’s psychological expert testified Plaintiff’s PTSD is permanent and also caused him to have a “flight response” two days after the Hospital incident when confronted by police while sitting in his car.  The police incident resulted in a 6 month prison term which the Court permitted to be presented to the jury as recoverable damages against the Hospital.

Before trial, Plaintiff demanded $1.5 million dollars and turned down all settlement offers and high/low proposals.

Claire was successful at trial asserting a defense based on Justification, Probable Cause, and Reasonable Force. 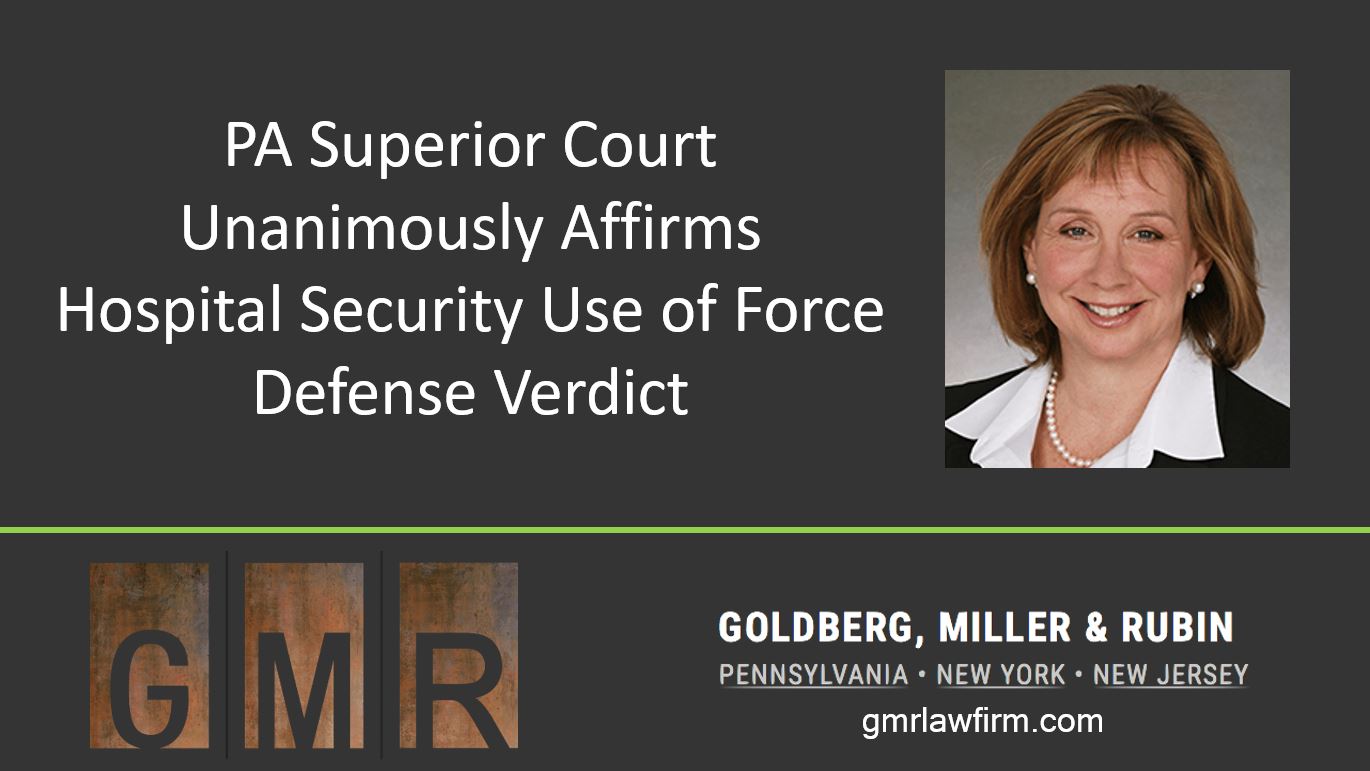