Tracey obtained the dismissal of all claims against her homeowner client in a Queens County dog bite action.  Plaintiff alleged that he sustained bodily injuries when he was lawfully present outside the property of one of the client’s neighbors and was bitten by a dog.  Before interposing an Answer to the Complaint, Tracey provided plaintiff’s counsel with a copy of the deed to the property on which the accident allegedly occurred. She also provided affidavits from the client, attesting that they neither owned nor were responsible for either the property or the dog that reportedly bit the plaintiff, and requested a voluntary discontinuance of all claims with prejudice.  Once plaintiff’s counsel refused to discontinue the claims with prejudice, Tracey filed a pre-Answer motion to dismiss, based upon documentary evidence, and for failure to state a cause of action. Tracey submitted the aforementioned deed and affidavits in support of the motion, which argued that the client did not owe any duty to the plaintiff under the circumstances alleged. Thus, the client could not be held liable for the plaintiff’s accident and damages.  None of the other parties could set forth a credible opposition, leading the Court to grant Tracey’s motion to dismiss in its entirety. 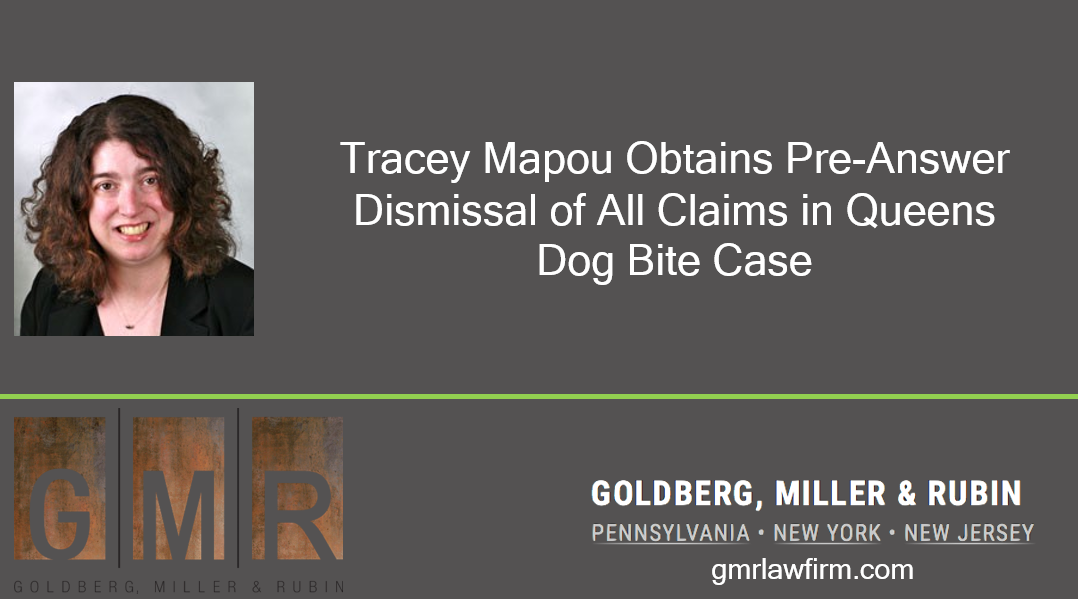