Tyson argued that Plaintiff was not entitled to underinsured motorist benefits under the third-party defendant’s policy in accordance with general principles of contract interpretation. The Honorable Gregg A. Padovano granted the pending motion for summary judgment in favor of Tyson’s client, dismissing all claims for underinsured motorist benefits. 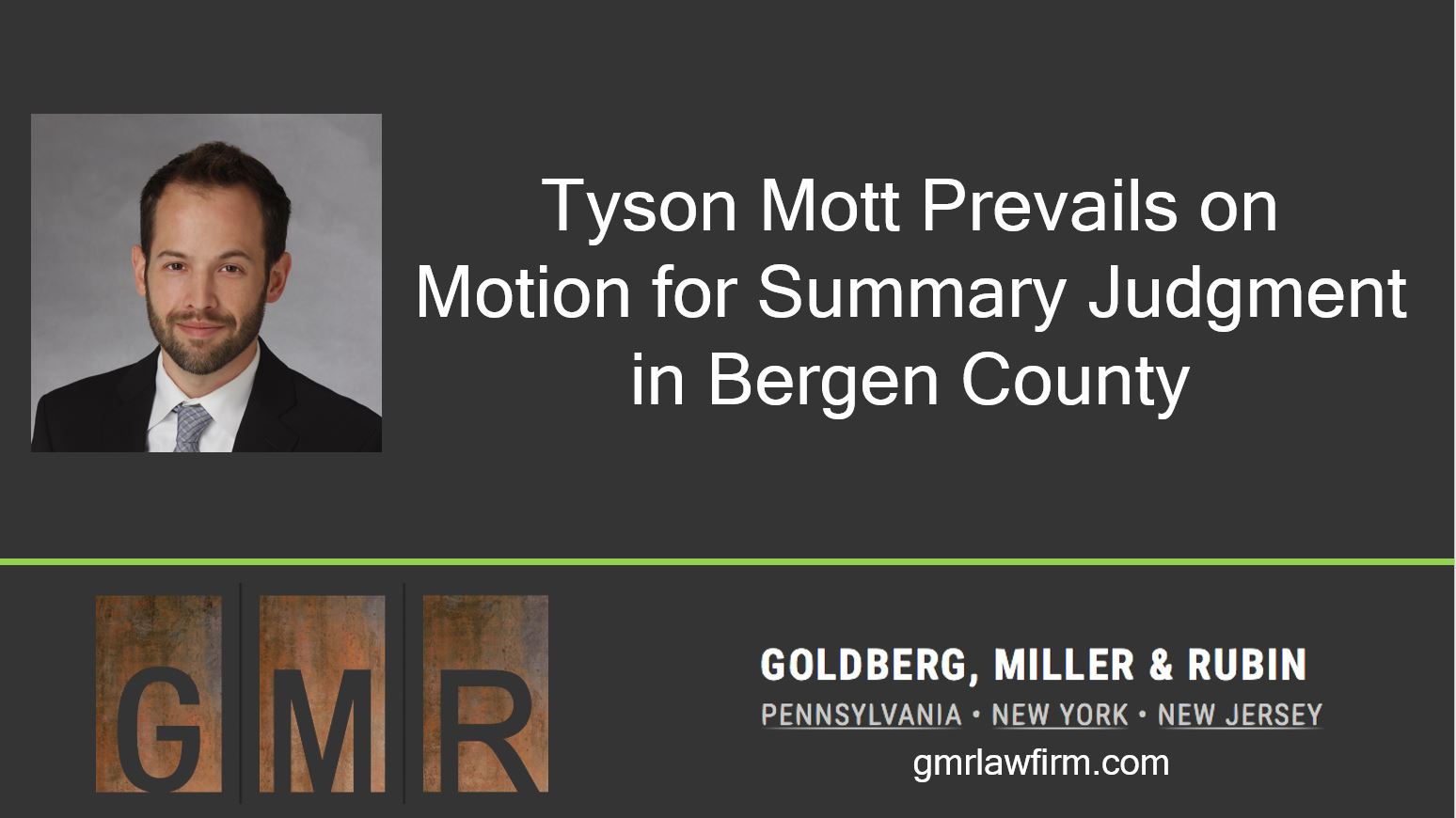