Tyson Mott prevailed on a motion for summary judgment in a declaratory judgment action against a driver brought on behalf of the insurance company client. The driver was operating a vehicle owned by a resident family member but insured with another carrier. A motorcycle passenger sued the driver in state court for allegedly crossing over the double yellow line and colliding with a motorcycle. The collision caused significant injuries to the passenger of the motorcycle. At the time of the accident, the driver was a named excluded driver under the policy for the vehicle he was operating. After the other carrier disclaimed coverage, the driver sought indemnity and defense from our insurance company client in the state court suit.

Tyson filed a declaratory judgment action in the Eastern District of Pennsylvania seeking a ruling on the insurance company’s duties under the policy. The motorcycle passenger then filed a motion to intervene in the declaratory judgment action and sought to dismiss it entirely. Tyson responded in opposition, arguing that the motorcycle passenger had no interest in the action under Federal case law that also favored the Eastern District to maintain jurisdiction over the action.

Tyson also moved for summary judgment. The driver claimed that the vehicle qualified as a temporary vehicle under the insurance policy and that the insurance company’s decision to retain defense counsel for the driver in the state court suit subject to a reservation of rights constituted estoppel. Tyson argued that the policy terms unambiguously state that a permanent household vehicle owned and separately insured by a resident family member is not afforded coverage regardless of whether the driver is excluded from coverage by another carrier. Tyson also argued that the investigation and handling of the coverage issue were timely and proper.

Ultimately, the Court agreed with Tyson’s arguments on all fronts, denying the motion to intervene, refusing to dismiss the action, and entering summary judgment in favor of the insurance company. 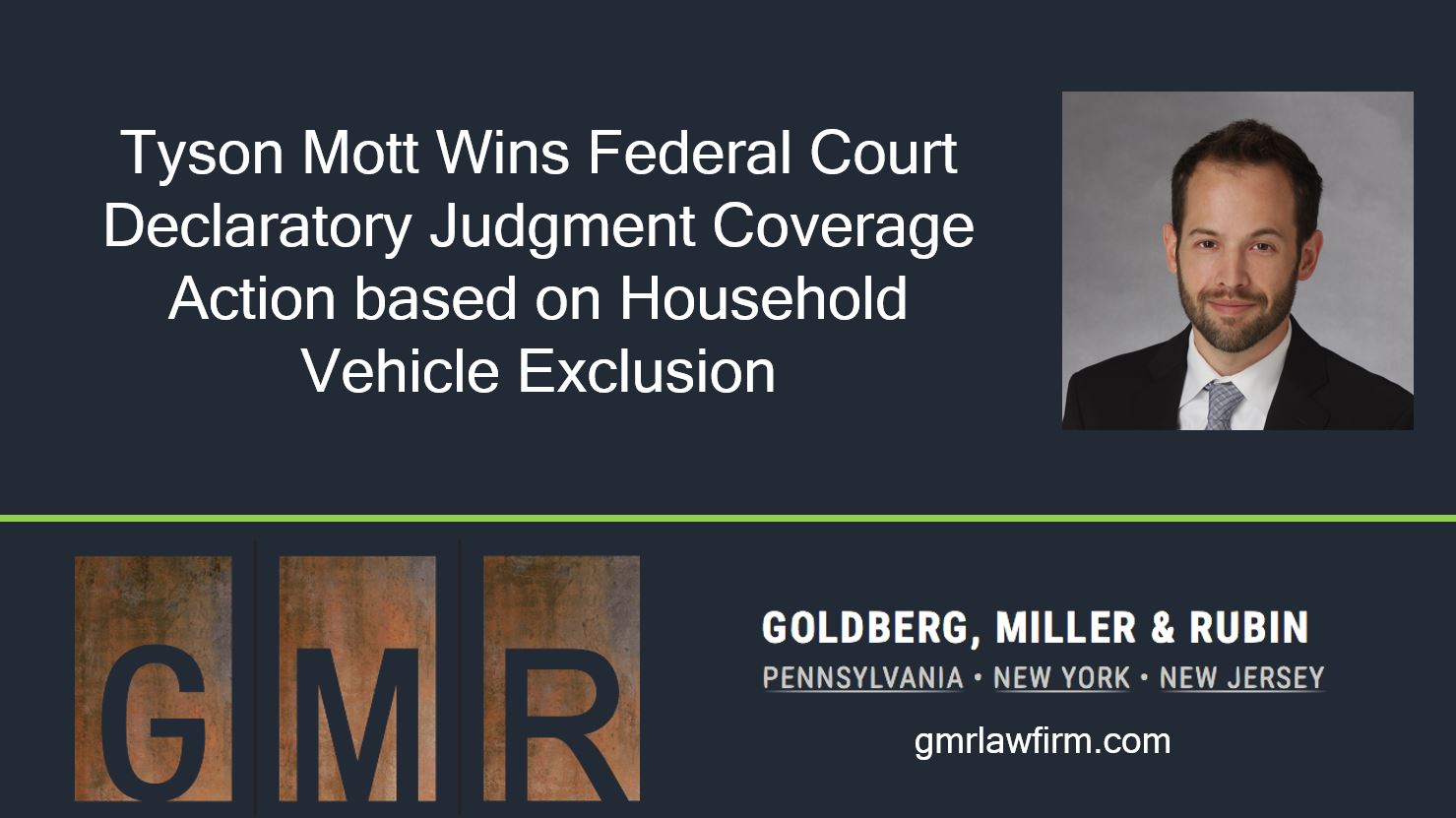