Warren won his fourth in-person jury trial since courts reopened after the COVID-19 pandemic.  The case involved a rear-end motor vehicle accident where negligence was conceded.  Each plaintiff allegedly sustained neck and back injuries due to the accident and testified they still suffer from significant pain over four years later.  The plaintiffs’ expert claimed that each plaintiff sustained various disc herniations directly resulting from the accident, which will likely cause each plaintiff pain for the rest of their lives.  Despite this testimony, Warren was able to show that the plaintiffs’ alleged injuries were chronic and unrelated to the accident.  Warren also impeached the plaintiffs’ credibility by presenting evidence that directly contradicted their testimony.  Ultimately, the jury agreed with Warren’s assessment of the case and found in favor of Warren’s client. 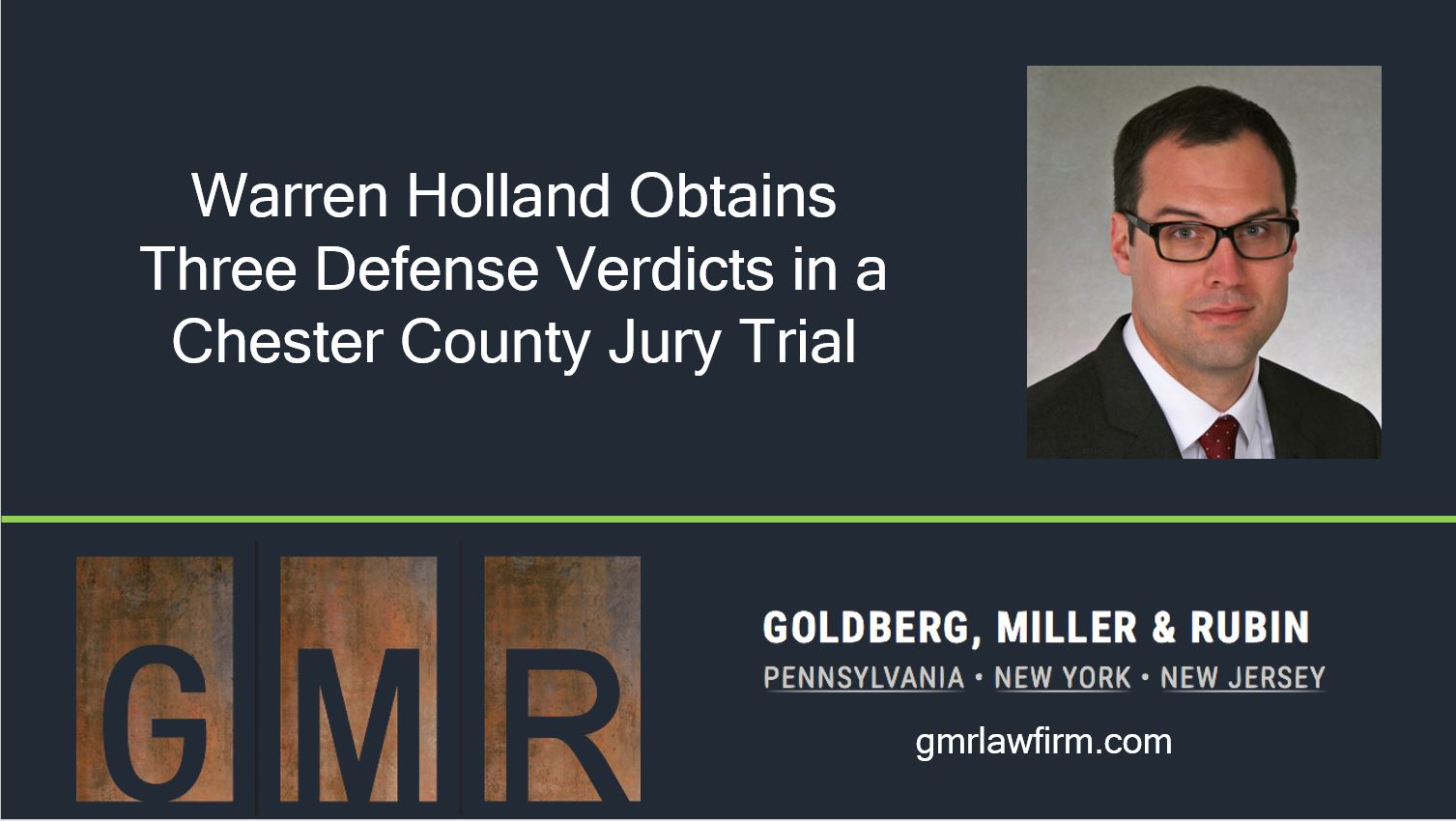