Warren Holland obtained a defense verdict in one of New York’s first in-person jury trials since courts were shut down due to the pandemic.  The case concerned a trip and fall with significant damages, and the facts were essentially undisputed:  While visiting the defendants, the plaintiff tripped and fell on a missing door saddle in the defendants’ home.  The plaintiff suffered a displaced trimalleolar right ankle fracture and a non-displaced right wrist fracture.  She was admitted to a hospital for six days, required surgery and hardware to correct the ankle fracture, and completed a two-month stay at a nursing facility before she could return to her home.  She then received several months of physical and occupational therapy.  The plaintiff continues to have limited function in her ankle and wrist and now requires a cane to walk. The plaintiff alleged that she is permanently disabled and will need at least one surgery (an ankle fusion) in the future.  Defendants’ expert orthopedist did not dispute this conclusion.

After settlement negotiations and mediation were unsuccessful, the liability phase of the trial was held in Richmond County, New York, from April 12-16, 2021.  Although Defendants admitted that the missing door saddle was a tripping hazard during trial, they claimed they tried to reduce the danger by filling the gap with blankets and placing two chairs next to the area.  Plaintiff argued that Defendants not only created the condition but increased the danger by stuffing loose blankets into the gap.  During his closing argument, Mr. Holland argued that the missing door saddle was “open and obvious,” and Defendants took reasonable steps to prevent people from tripping.  After approximately two hours of deliberation, the jury agreed and found that the Defendants were not negligent. 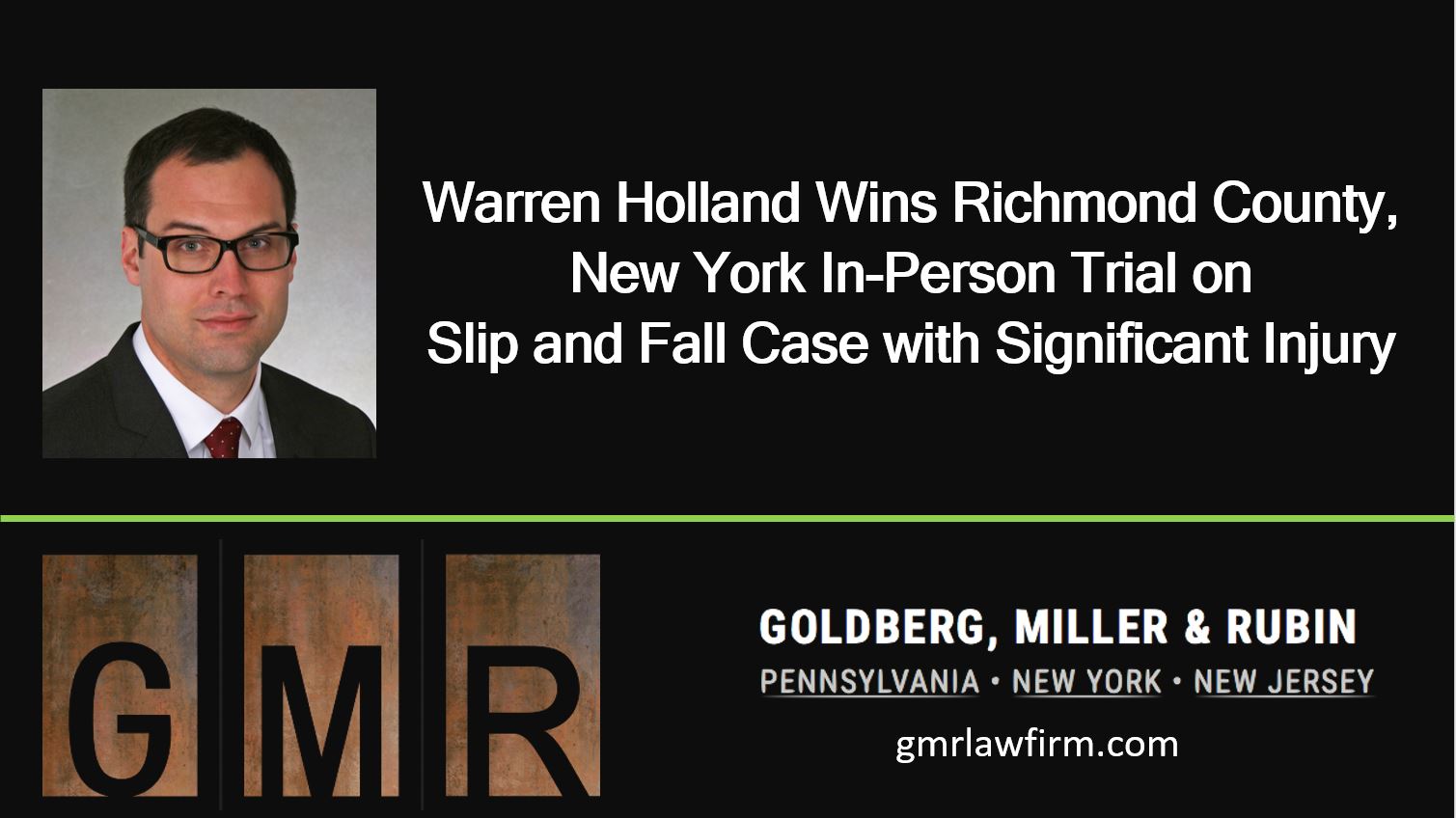