Jillian Vukson successfully prevailed on a motion for summary judgment, dismissing all claims against her clients in a Bucks County auto negligence action.  The lawsuit stemmed from a December 2015 motor vehicle accident that occurred on Lincoln Highway.  Plaintiff was riding his bicycle at night, attempting to cross against a red traffic light when Jillian’s client struck him as she proceeded through the intersection.  Plaintiff alleged that Jillian’s client entered the intersection against a red traffic light and that she failed to maintain a proper lookout as she crossed the intersection, striking the plaintiff who had already crossed one travel lane.  As a result of the accident, plaintiff allegedly sustained a traumatic brain injury with intracranial hemorrhage resulting in a neurosurgical decompression as well as a fracture of the left frontal lobe and an avulsion fracture of the tibia leading to a 37-day hospital stay with economic damages in excess of $100,000.

Due to the severity of the accident, an investigation spanning police departments across two (2) townships was conducted.  Jillian secured the testimony of multiple investigating officers, all of whom ultimately concluded their investigation did not uncover any actions taken by Jillian’s client to cause the accident.  Judge Baldi granted the pending motion for summary judgment in favor of Jillian’s client, dismissing all claims of negligence, finding plaintiff had failed to present any evidence that Jillian’s clients negligently caused the accident. 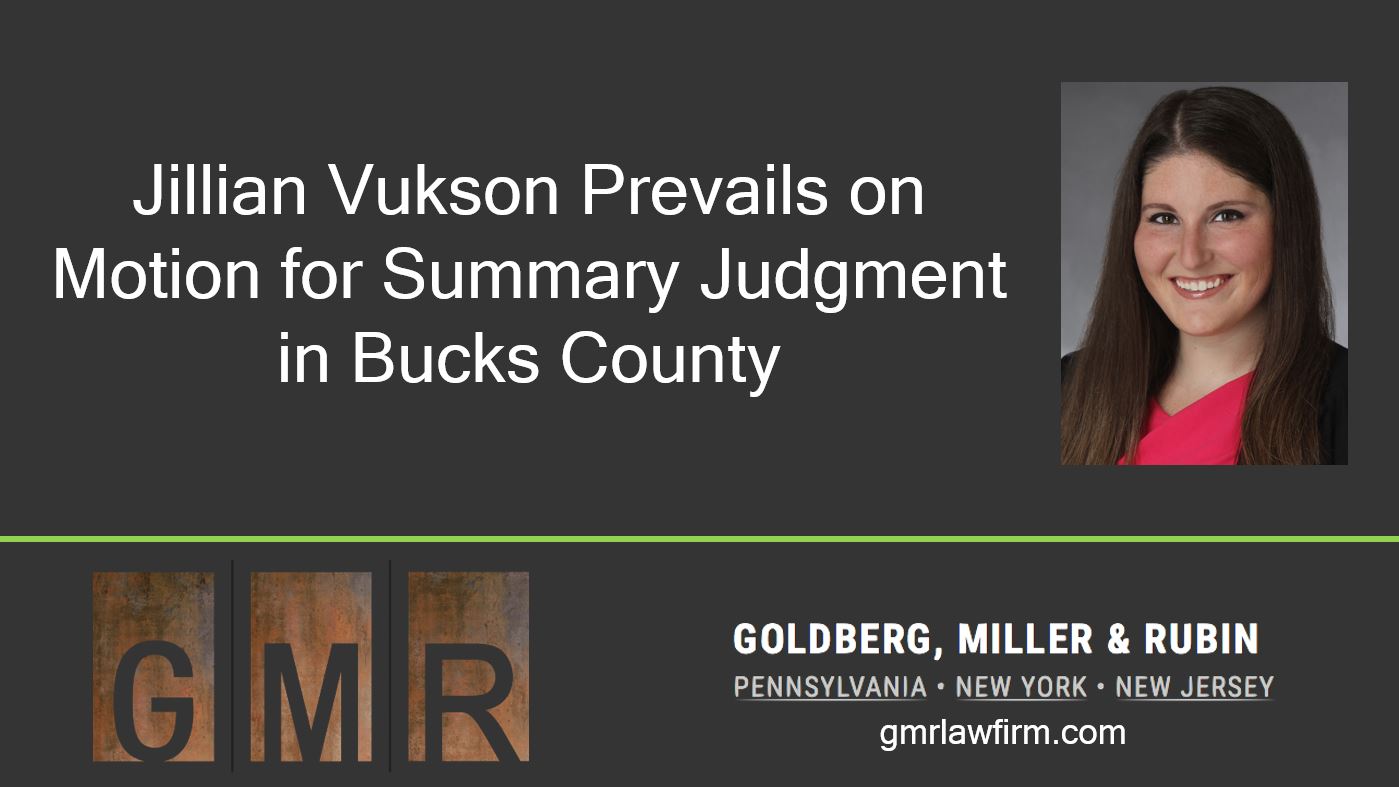