A Philadelphia jury deliberated for less than 30 minutes before entering a defense verdict in favor of Eamon Merrigan’s client, concluding that the Plaintiff failed to prove negligence. Plaintiff claimed to have slipped and fallen due to an accumulation of mud on the sidewalk of a property managed by Eamon’s client.  As a result of her fall, Plaintiff claimed to have seriously exacerbated a preexisting knee injury and suffered new injuries to her neck, back, and shoulders. Eamon produced evidence and testimony that the sidewalk at issue was in reasonably good condition, that nearly 48 hours of heavy rain caused the property’s front yard to wash out onto the sidewalk, and that the rain had ended just shortly before Plaintiff encountered the condition. Eamon argued that Plaintiff failed to produce any evidence that his client knew of the muddy condition or even that his client knew or should have known that the condition could even occur. The jury quickly agreed with Eamon’s argument. 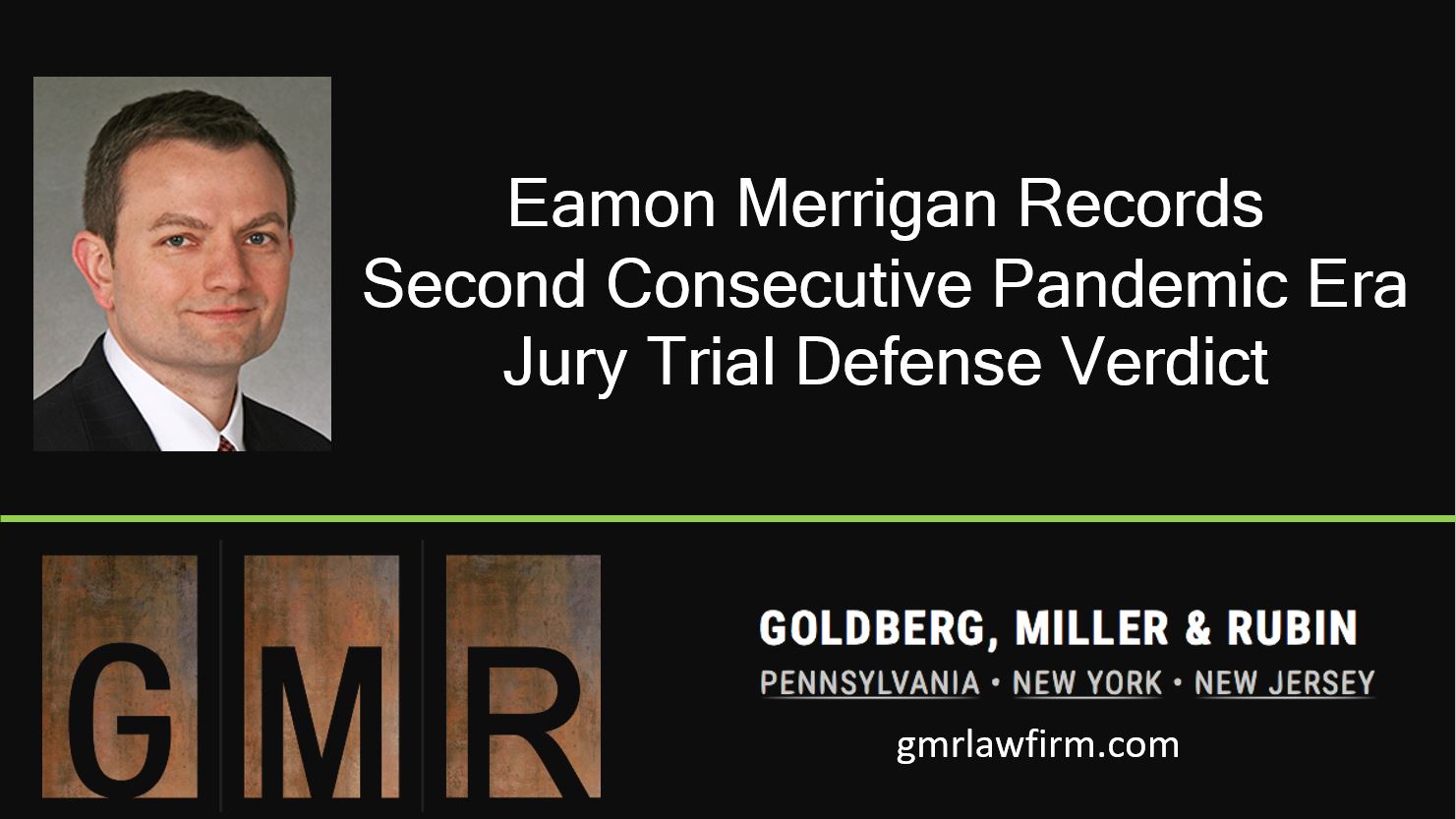