Tracey and Matt successfully obtained the dismissal of all claims against their homeowner clients in a Queens County premises liability action. Plaintiff alleged that he sustained bodily injuries when he disembarked a New York City Transit Authority bus and fell on an alleged defect on the sidewalk adjacent to the homeowners’ property.  Tracey and Matt argued that, although Section 7-210 of the Administrative Code of the City of New York generally imposes tort liability upon owners of property adjacent to city-owned sidewalks for failure to maintain the sidewalks in a reasonably safe condition, there is an exemption for one-, two-, or three-family residential properties that are owner-occupied and used exclusively for residential purposes.  Additionally, affidavits from the homeowners themselves were used to conclusively establish that the property was a single-family home where they resided and used exclusively for residential purposes. The Affidavits also stated that they did not create the alleged sidewalk defect or make a special use of the sidewalk adjacent to their property.  The plaintiff opposed the motion by arguing that it was premature because he had not completed discovery and that the allegations pleaded in the Complaint were sufficient to show a cognizable cause of action under the “special use” doctrine.  The Court ultimately agreed with Tracey and Matt that the plaintiff did not set forth anything beyond bare conclusory allegations, which are not evidence sufficient to defeat the motion to dismiss. The Court ruled that there was no good faith basis for arguing that further discovery would elicit evidence to support liability against the homeowners. 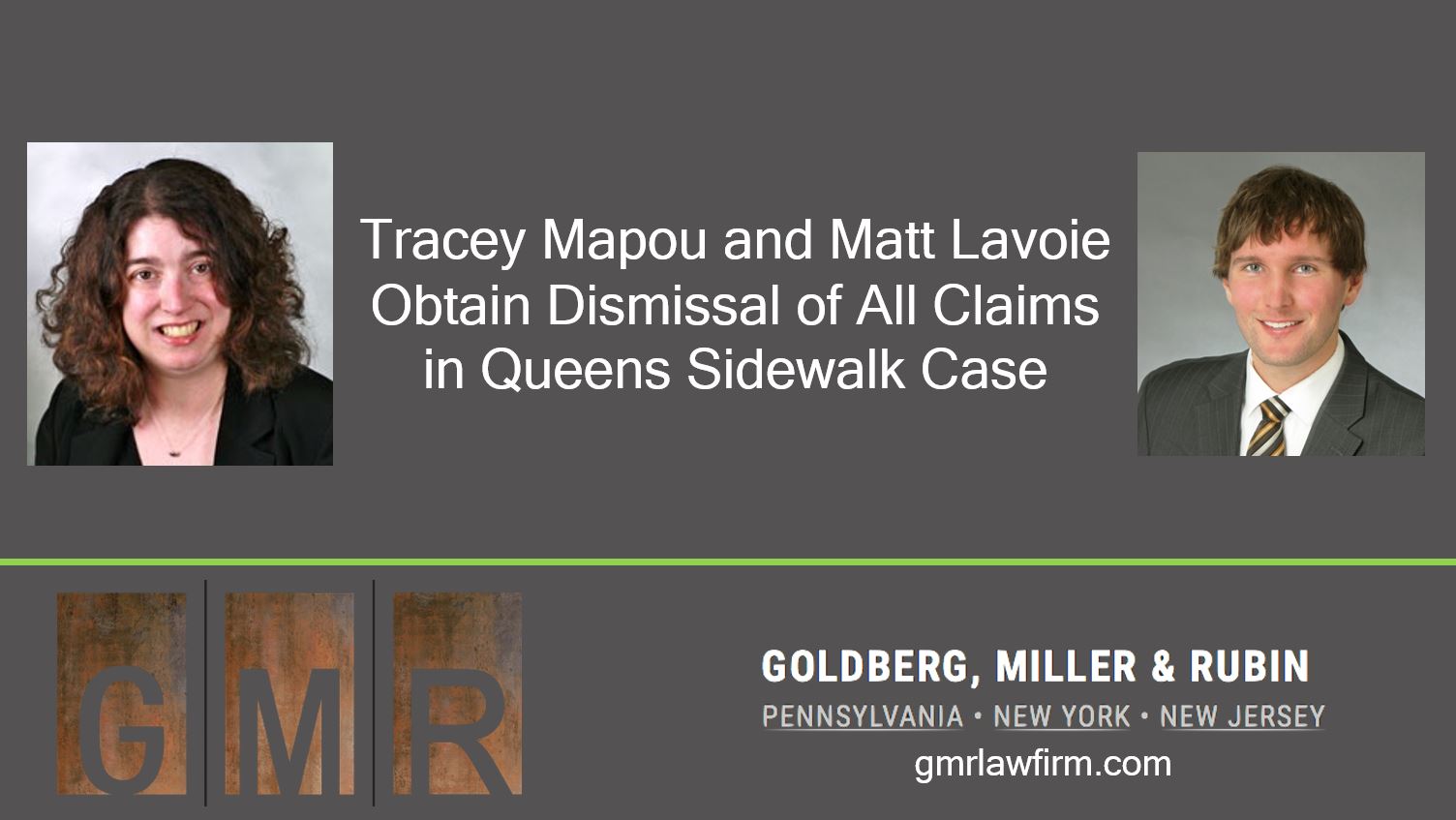