GMR Partner Joe Petka won a trial in the Eastern District of Pennsylvania. The plaintiff, a 60-year-old-car salesman, alleged multiple brain injuries from a motor vehicle accident on February 18, 2021. The plaintiff testified that he struck his head in the accident, resulting in a headache. As the weeks went on, his headache gradually increased. By week seven, the plaintiff’s headache became so severe that he had his wife take him to the emergency room.

At the emergency room, a spinal tap was performed, revealing that the plaintiff had a ruptured aneurysm in the anterior communicating artery of his brain. He immediately underwent a cerebral angiogram and balloon-assisted coil embolization surgery to clip the artery. The plaintiff then had a recurrence of bleeding in October of 2021 and underwent a right craniotomy. As a result of the two brain surgeries, the plaintiff continues to suffer from neurological deficits, including confusion, trouble concentrating, memory issues, and paralysis on the right side of his face and eye.

The tortfeasor accepted responsibility for the accident, and his insurance carrier tendered its $15,000 limits. The plaintiff brought this action in Federal Court against his insurance carrier seeking Underinsured Motorist Benefits. At trial, the plaintiff’s expert neurosurgeon testified that the plaintiff striking his head in the accident was a substantial factual cause in causing the aneurysm to rupture. He also opined that the plaintiff’s injuries were permanent and would require $219,473 in future medical treatment. Plaintiff also boarded a $34,000 health insurance lien for the cost of the two surgeries he already underwent.

The Federal jury of five men and three women agreed with Joe and returned a defense verdict for the insurance company, finding that the plaintiff failed to prove factual cause. 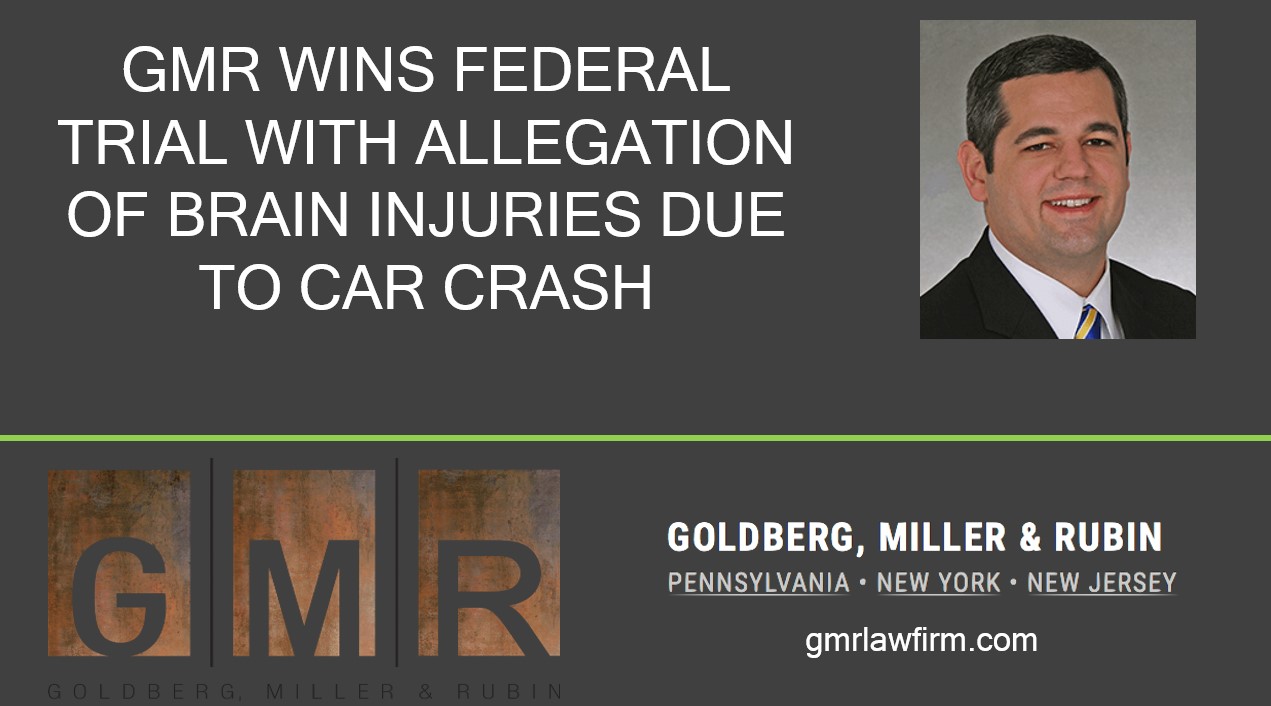