GMR Senior Associate, Jessica Smeriglio, successfully defended a local Hospital sued for negligence in a Philadelphia jury trial. Plaintiff was a 65-year-old who claimed she slipped and fell inside the Hospital due to snow and water tracked in during a snowstorm. Plaintiff’s counsel argued the Hospital was on notice of the snow and water as the plaintiff testified that approximately 20 minutes before her fall, she told an employee at the information desk that someone was going to fall and “break their neck.” The plaintiff suffered head, hip, ankle and low back injuries and underwent approximately six months of orthopedic and physical therapy treatment.  Plaintiff claimed ongoing headaches and back pain from her fall, requiring her to begin regularly using a cane. She also sought to recover $15,000 in outstanding medical expenses.

Jessica defended the Hospital by arguing there was no liquid on the floor, supported by two hospital employees who testified at trial. Jessica further argued the area where the plaintiff fell was located in an internal hallway to the Hospital, making it highly unlikely that snow and water would have been tracked to the location of the fall.

The jury of 12 unanimously agreed with Jessica and found the Hospital was not negligent. 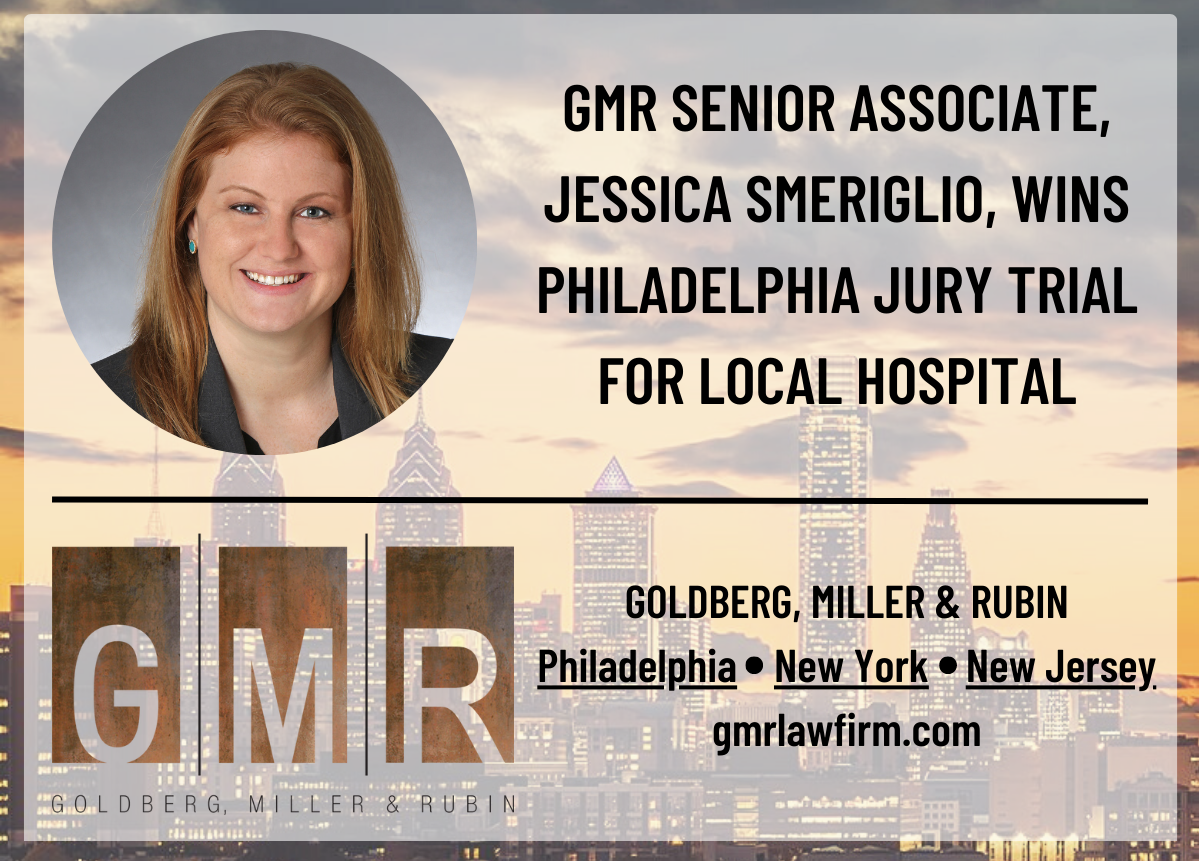