GMR Partner Jeff Tenthoff won a liability trial on a rear-end collision. It was early morning work traffic during a wintry mix on 4/2/2018 when plaintiff Tammy England was rear-ended shortly after coming to a complete stop for a red light on Henry Avenue in Philadelphia’s Roxborough neighborhood. Although the plaintiff watched the defendant’s vehicle the entire time leading up to the impact through her rearview mirror, she could not say how fast he was going and did not realize he would be unable to stop until the collision occurred. Photographs showed minimal damage to the plaintiff’s rear bumper and no damage to the defendant’s vehicle. The plaintiff, subject to the limited tort threshold, had roughly five months of conservative treatment following the accident for soft tissue injuries with an alleged aggravation of underlying degenerative disc pathology.

Ultimately, Jeff’s strategy was to focus his argument on the plaintiff’s damages and her failure to breach the limited tort threshold, but he did not concede liability. Jeff briefly argued plaintiff failed to prove that the accident was the result of anything the defendant did as opposed to simply the inclement weather before pivoting his closing to the issue of the plaintiff’s damages and limited tort. The Philadelphia jury deliberated for approximately 20 minutes before returning a defense verdict on the issue of liability. 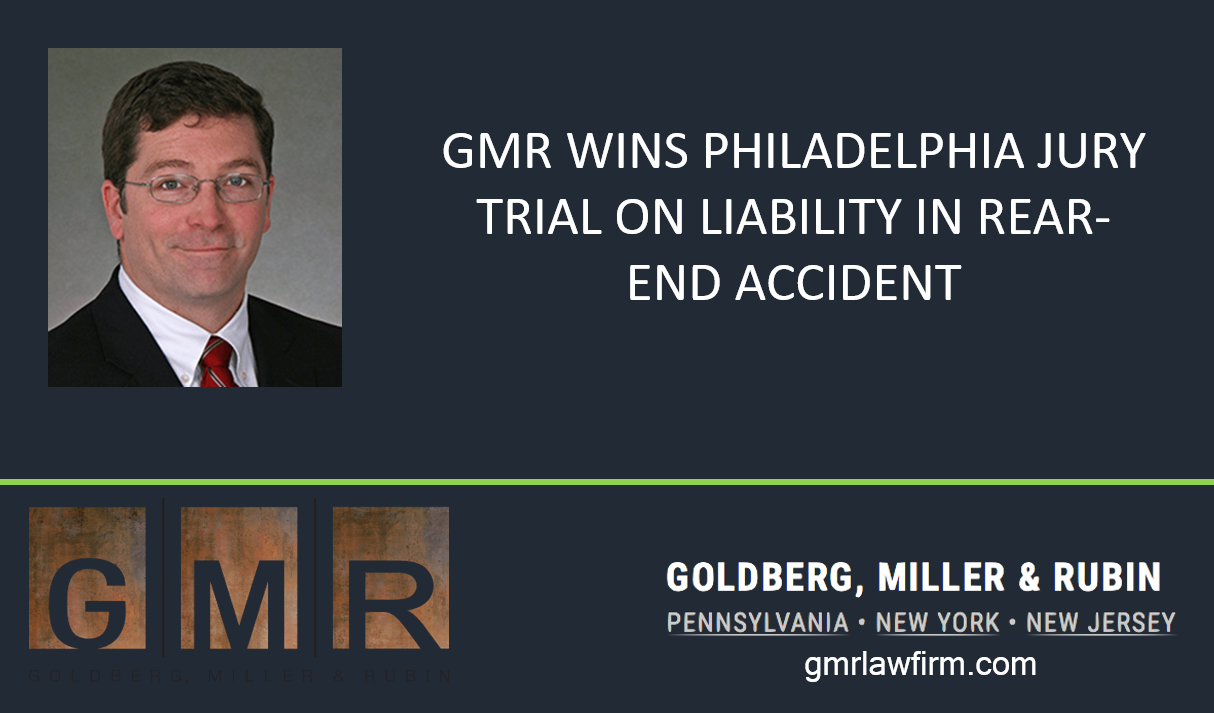