In Warren’s case, the plaintiff claimed to have sustained a serious impairment of a bodily function following a rear-end motor vehicle accident which occurred when she was hit by an uninsured motorist. She brought suit against her insurance company, Warren’s client, in order to recover her uninsured-motorist policy of $25,000 for her claimed injuries to her back and neck. The case initially went to court-mandated arbitration during which a panel of arbitrators found in favor of Warren’s client and against Plaintiff, prompting Plaintiff to appeal the decision.

At the trial conducted in front of Judge Lori A. Dumas, Warren successfully argued that Reeves did not sustain a serious impairment of a bodily function and the defense’s expert in radiology testified that plaintiff’s imaging studies were absent of any traumatic injuries. After brief deliberations, the jury determined that the plaintiff did not sustain a “serious injury” and plaintiff was awarded $0 even though they could have awarded her economic damages, including a lien. 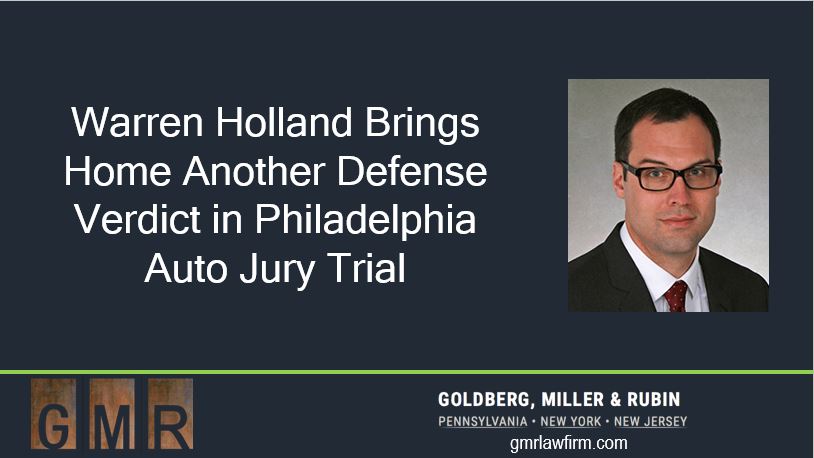