Eamon Merrigan and Jessica Keller prevailed on a motion for summary judgment dismissing all claims against their client in a Philadelphia County matter stemming from an assault and battery. The plaintiff alleged that he was assaulted by a group of teenagers walking by his home, causing severe injury. Plaintiff filed suit against GMR’s client, the father of one of the teenagers claiming failure to control the conduct of a child, negligent infliction of emotional distress, and loss of consortium. Upon completing discovery, Eamon and Jessica moved for summary judgment to have all claims against our client dismissed. They argued that there was no evidence that our client’s son had a propensity to trespass or assault. More importantly, there was no evidence that our client knew or should have known of his son’s alleged propensities. Despite the plaintiff’s argument in opposition, the Court ultimately found that there was no issue of material fact and granted summary judgment. 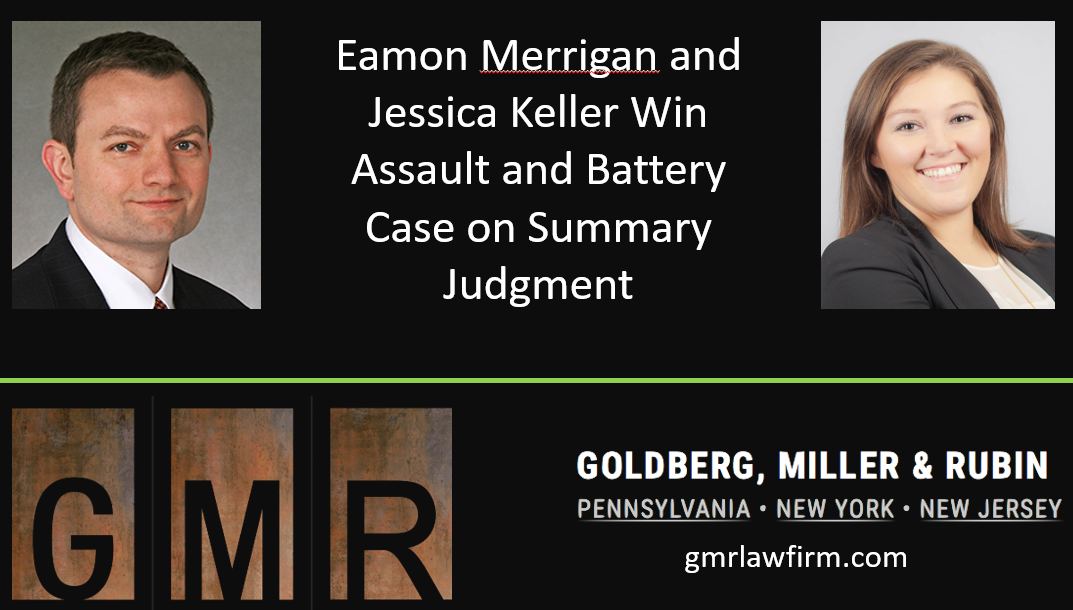