In Kemper Independence Insurance Company v. Cornerstone Chiropractic, PC, et al, 2020 N.Y. Slip Op. 03876, a No-Fault automobile insurer initiated a declaratory judgment action seeking to disclaim coverage for claims submitted by a medical provider on the ground that their alleged assignee claimants failed to sign their examination under oath (“EUO”) transcript and because the medical providers failed to appear for their own EUOs.  The First Department reversed a grant of summary judgment against the insurer and awarded the insurer summary judgment on its disclaimers.  The court found that the failures to sign the EUO transcripts were breaches of the 11 NYCRR 65-1.1 of the No-Fault regulations.  The court further found that the providers failed to appear for properly scheduled EUOs.  This is the first reported appellate level decision to apply the safe harbor of 11 NYCRR 65-3.5(p) in upholding an EUO rescheduling that was beyond the prescribed regulatory time frame.  The court agreed that the slight delay in rescheduling was an excusable technical defect and that the rescheduling was legally sufficient. 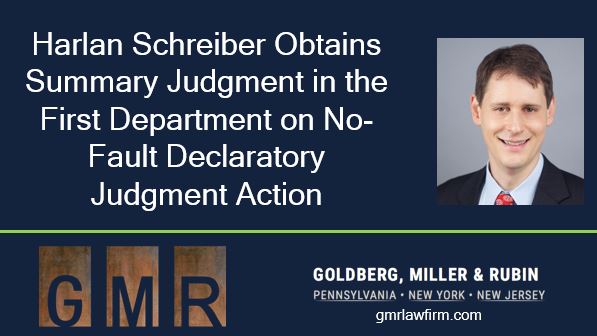