Partner Warren Holland won a no cause verdict in a virtual jury trial in Morris  County, New Jersey.  The case involved a motor vehicle accident where the Defendant admitted fault.  Plaintiff alleged she was seriously injured in the accident and sought considerable damages for her alleged pain and suffering.  Although she claimed injuries to her head, neck, back, and wrists, her most serious allegation was a traumatic brain injury which, according to her treating physicians and experts, permanently limited her cognition.  Despite conceding liability, Mr. Holland convinced the jury that the plaintiff’s alleged injuries were either not proximately caused by the accident or insufficient to overcome New Jersey’s verbal threshold.

The verdict represents Warren’s fifth trial victory in front of a jury since the courts reopened in March 2021.  Warren obtained defense verdicts in all three states in which he is licensed – Pennsylvania, New York, and New Jersey – in 2021 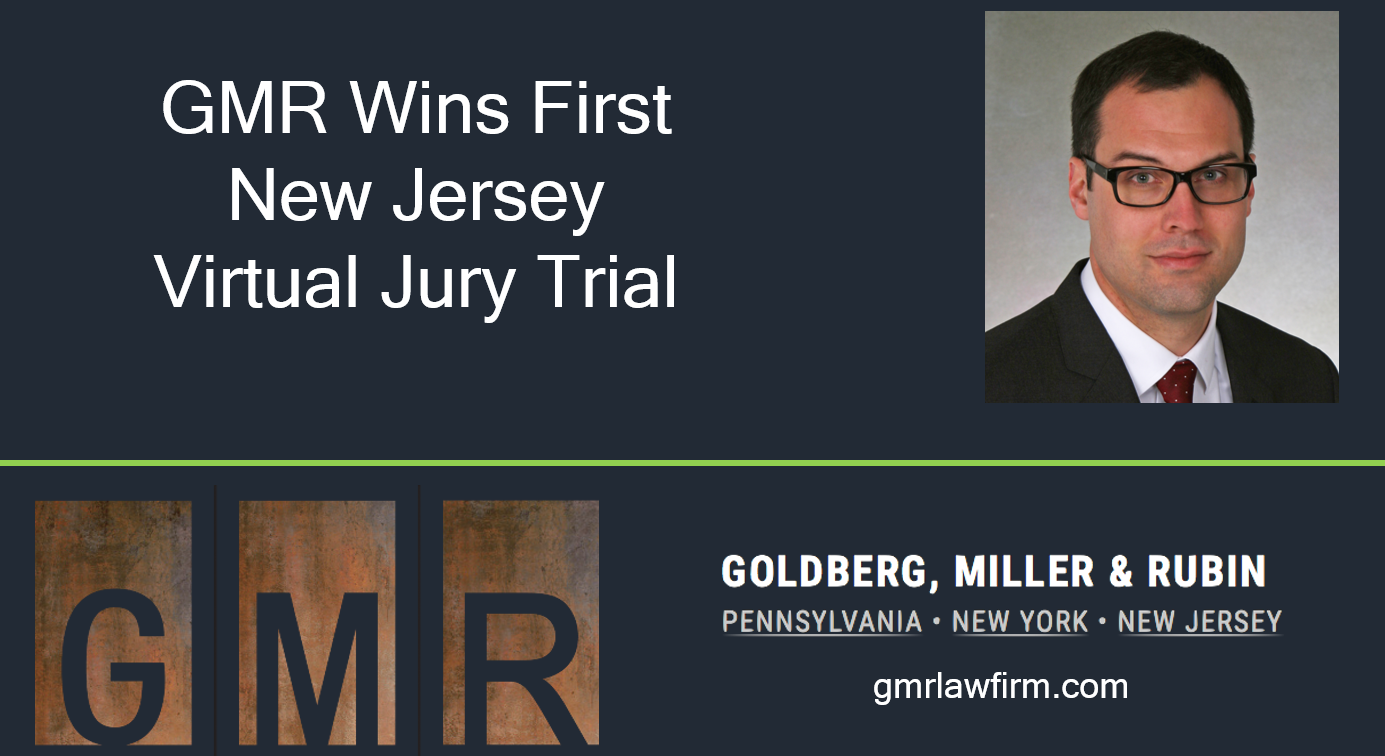