GMR Partner Joseph Petka represented a local hospital sued for negligence. The case involved a 66-year-old nurses aide who tripped and fell off the curb while leaving the emergency room at 3:00 AM. The plaintiff testified that it was so dark out that she could not tell she was walking off a curb. Plaintiff’s liability expert inspected the property and performed testing on the illumination. He opined that the lighting was insufficient, providing only 24% of the light required under the applicable property codes.

The Philadelphia jury of 8 men and three women (one juror was excused) agreed with Joe and entered a defense verdict for the hospital. 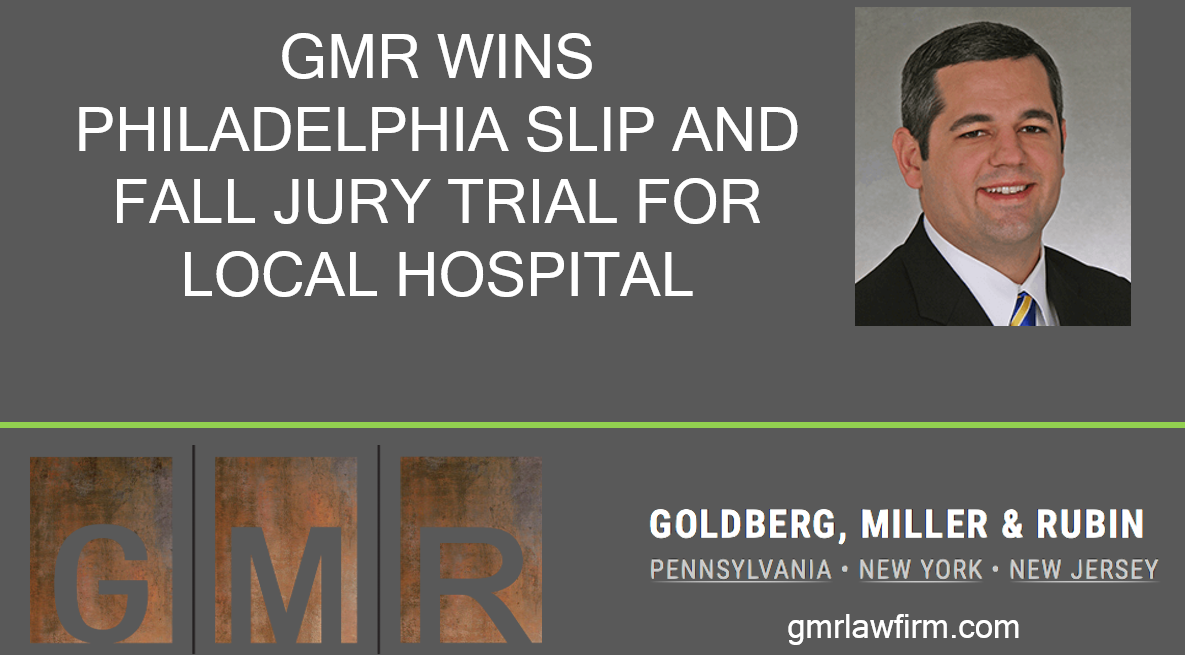