Samantha Pullman recently obtained dismissal of a lawsuit filed in New York Federal Court against her out-of-state client on procedural grounds. Following a motor vehicle accident in Tennessee, Plaintiff, a New York “citizen,” commenced suit in the Eastern District of New York against two other New York Defendants and Samantha’s client, a Tennessee “citizen.” Plaintiff alleged that the Court had jurisdiction over this matter based on the diversity of the parties. However, since diversity jurisdiction requires complete diversity between the parties, Samantha argued that the Court lacked subject-matter jurisdiction over this case. She further argued that the Eastern District of New York also lacked personal jurisdiction over her Tennessee client. In an attempt to cure these defects, Plaintiff dismissed the two New York Defendants from the lawsuit to create complete diversity between the parties and subsequently moved to transfer the case to the Western District of Tennessee.

Samantha opposed Plaintiff’s Motion to Transfer and filed a Cross-Motion to Dismiss, arguing that because no Federal Court possessed subject-matter jurisdiction over the action when he filed the action, the Court could not transfer the case. Therefore, the Court must dismiss the claim as her client was not subject to jurisdiction in New York. Plaintiff opposed Samantha’s arguments and even cited case law that allowed parties to correct procedural defects instead of dismissal. However, during oral arguments, Samantha successfully distinguished those cases from the instant matter. The Judge ultimately agreed that subject matter jurisdiction, personal jurisdiction, and venue all had to be proper in the transferee Court when the action was filed. Therefore, the Court denied Plaintiff’s Motion to Transfer and granted Samantha’s Motion to Dismiss. 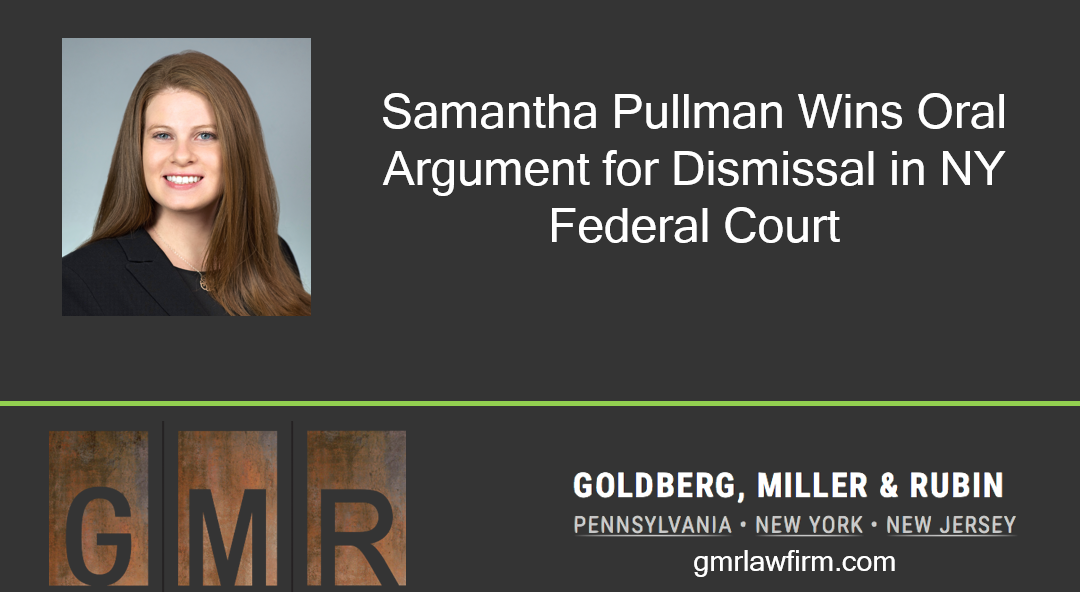