Samantha prevailed on a motion for summary judgment dismissing all claims against our client in a multi-party Westchester County, NY  construction defect action. The homeowner Plaintiffs brought an action against their architect and general contractor for breach of contract and negligence. After years of litigation, the general contractor brought a third-party action against multiple subcontractors, including our client. Upon completing discovery, Samantha moved for summary judgment asking the Court to dismiss the third-party complaint and all cross-claims asserted against our client. Samantha argued that there was no evidence that our client’s work was negligent or deviated from the architectural plans and direction received from the general contractor. Samantha also argued that the general contractor and architect retained contractual responsibilities regarding the work performed and recovery against them based on their breach of those duties. Lastly, Samantha argued that the damages sought against the general contractor were purely economic; therefore, contribution from the subcontractors was unavailable under New York law. Despite the arguments asserted in opposition, the Court ultimately found that Samantha established our client’s entitlement to summary judgment and dismissed the third-party complaint and all cross-claims asserted against our client. 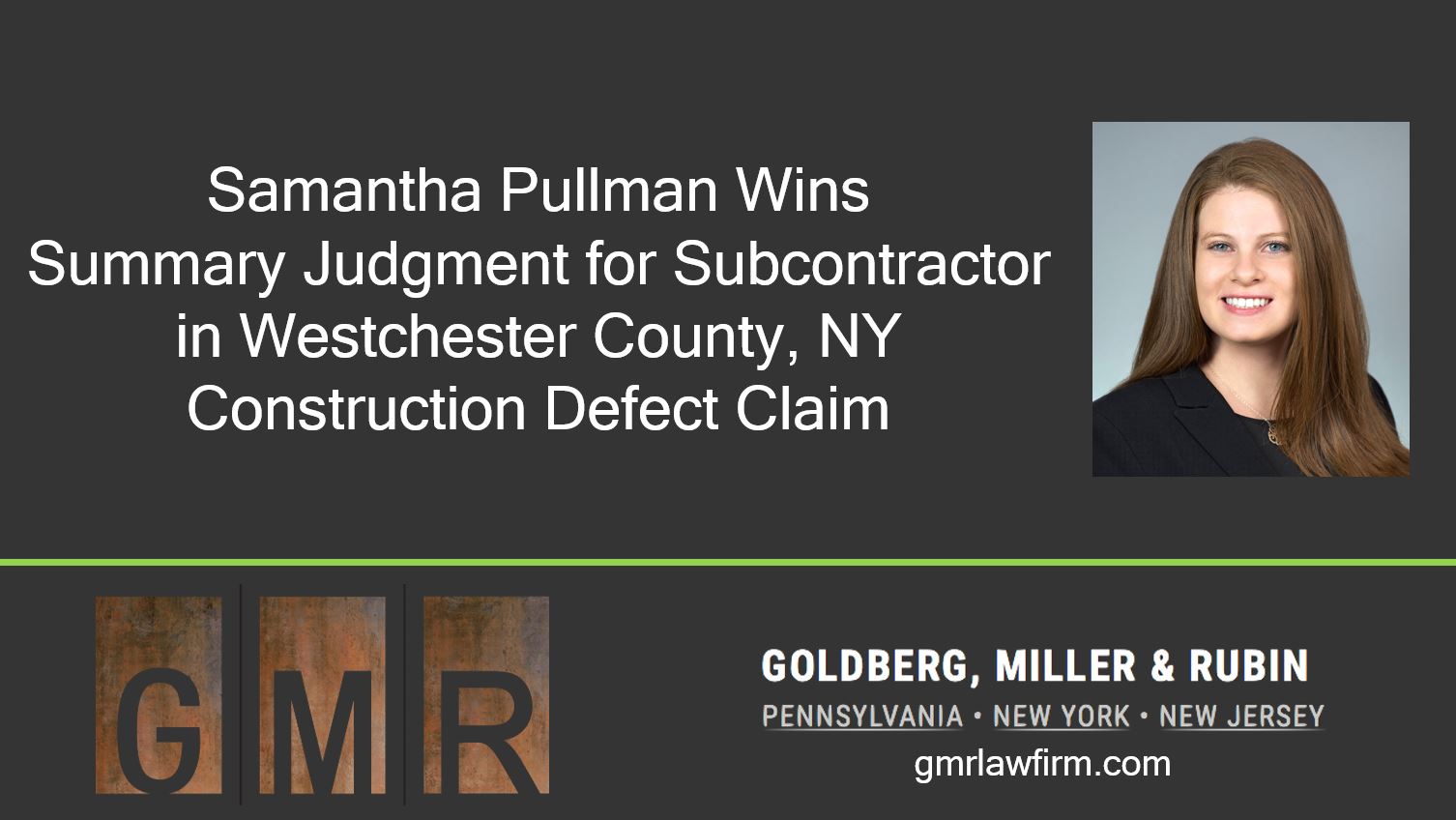